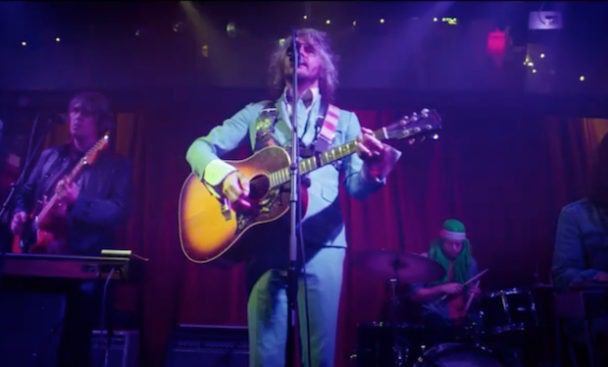 The Flaming Lips have covered country legend George Jones’ “He Stopped Loving Her Today” for the thriller movieArkansas, which is being released on DVD and VOD services tomorrow after its world premiere at SXSW was cancelled due to the whole festival itself being cancelled.

Coyne and company appear in the movie themselves, performing the cover on stage in a dimly-lit bar. Arkansas stars Vince Vaughn, Liam Hemsworth, Clark Duke, Vivica A. Fox, and John Malkovich.

Listen to it via Rolling Stone below.