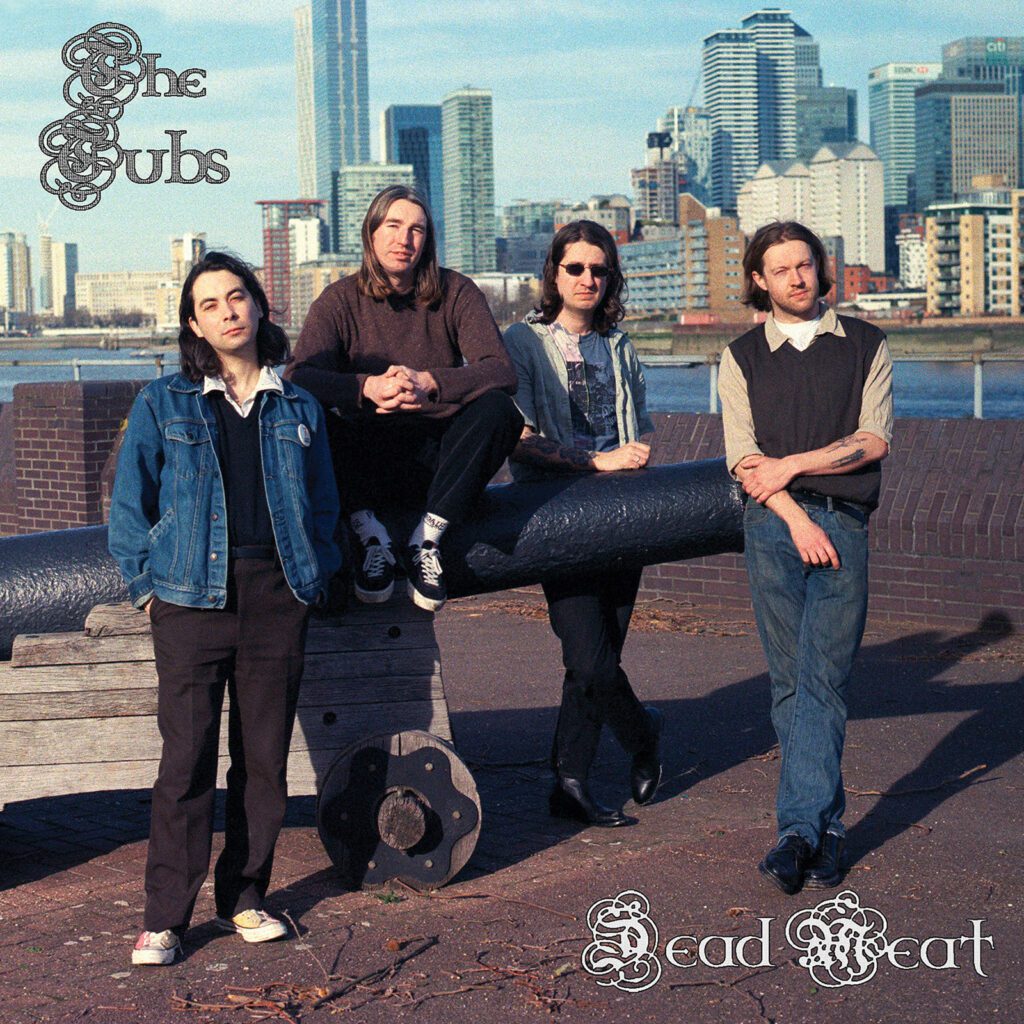 In recent years the late, great Joanna Gruesome has splintered off into an array of bands with overlapping lineups. There’s Ex-Vöid, sort of a hardcore jangle-pop act. There’s the self-consciously “evil” punk band Sniffany & The Nits. And then there are the Tubs, who have just announced their debut album today.

The Tubs are led by two former Gruesome players, Owen ‘O’ Williams and George ‘GN’ Nicholls. They claim inspiration from post-punk, traditional British folk, and antipodean indie rock of both retro and modern vintage. You can hear all that and more in the group’s jangly, propulsive pop songs. Dead Meat, their forthcoming debut LP, reminds me of every major ’80s “college rock” act boiled down into one formidable unit: some R.E.M., some Smiths, some Bob Mould, maybe even some Mission Of Burma?

This song’s inspired by an old band of mine – The Snivellers. It was fronted by Max Levy of Garden Centre and the concept was that he’d embody the archetypal Sniveller – i.e the pathetic, scheming, slimy, manservant forever backing slowly out of his master’s chambers. I wanted to write about how love can turn anyone into a Sniveller.