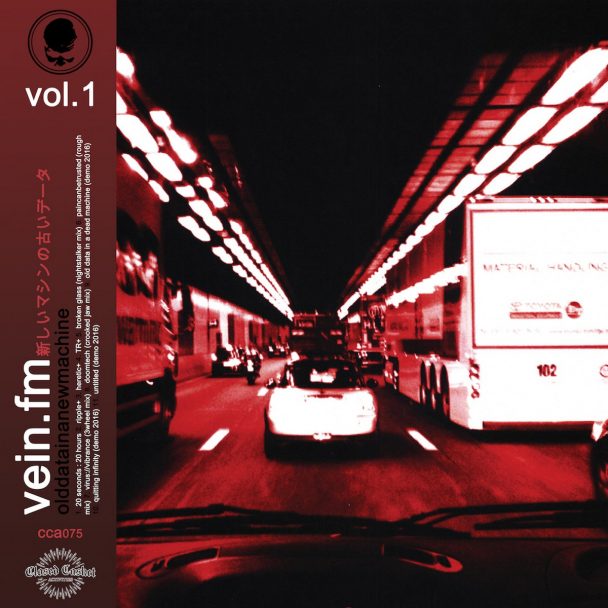 A couple of years ago, the Massachusetts band Vein released a truly great debut album called Errorzone — a frantic, precise, splatter, extremely intense hardcore LP that suggested the arrival of a major new force within the genre. But today, we get the slightly baffling news that Vein are no more. According to a press release, they’ve now changed their name, without explanation, to Vein.FM. Also, the newly rechristened band just came out with a new record called Old Data In A New Machine Vol. 1, a sort of odds-and-ends collection that suggests entirely new directions for the band.

As Brooklyn Vegan points out, the songs on Old Data In A New Machine aren’t new, exactly. There are new versions of old songs, remixes, and old demos from the time before the album. But especially on the four opening tracks, all radically reworked takes on Vein.FM songs that were already out there, we hear the sounds of things that Vein.FM could become.

The opener “20 seconds : 20 hours,” for example, is a new version of “untitled,” a minute-long song from Errorzone. The new version is a drawn-out, downbeat atmospheric zone-out that sounds a bit like Vein.FM’s new alt-rock side project Fleshwater. The other reworkings are harder, but they also push old songs in new directions. And we get some motherfucking jungle remixes! Like this was 1996 and Vein.FM were White Zombie! Below, stream Old Data In A New Machine Vol. 1 and check out Vein’s blurry patched-together-tour-footage video for “20 seconds : 20 hours.”

And since it just went up online a few days ago, here’s the Hate5six video of Vein.FM — then just Vein — playing their full 14-minute set at the Have Heart reunion show last year. That show, which drew something like nine thousand people to a parking lot in Worcester, Massachusetts, was quite possibly the biggest hardcore show in history.

Old Data In A New Machine Vol. 1 is out now on Closed Casket Activities. Vein.FM have a bunch of new merch that you can order here. According to a press release, there’s a proper new album coming soon.