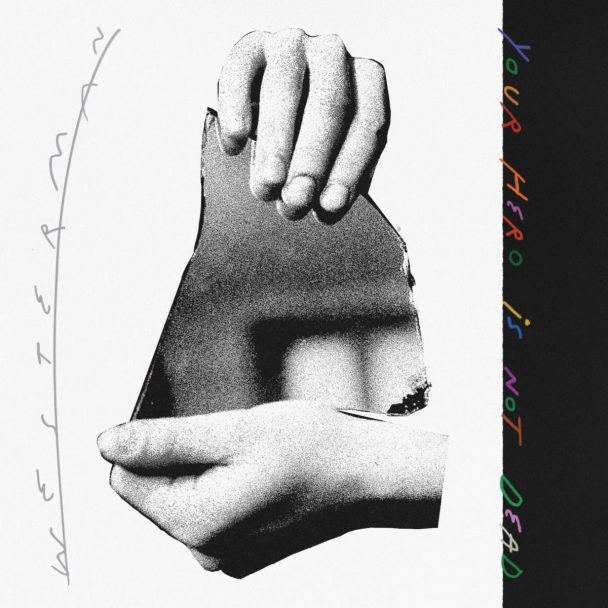 The hits keep coming from Westerman’s debut album Your Hero Is Not Dead. The UK Artist To Watch has already shared a whopping five songs from the album including the title track, “Confirmation,” “Easy Money,” “Blue Comanche“
“Think I’ll Stay,” and “Waiting On Design.” Today he’s made it halfway with the sixth advance single from a 12-track album.

Once again, it’s a good one. “The Line” appears early on Your Hero Is Not Dead, functioning as the album’s first proper pop song after the jazzy, abstract sophisti-pop intro “Drawbridge.” It’s as inviting an ambient new wave track as you could want, Westerman’s holographic vocals suspended amidst a fizzy synthetic symphony that hearkens back to Peter Gabriel and Todd Rundgren. “I want to know where the line is,” he sings.

In a press release, Westerman explains:

I was thinking about moral relativism when I wrote this. The ever-shifting parameters of what is and isn’t acceptable. This applies to many things — gender, human rights, parenting, politics. I don’t believe that this means there’s no right and wrong, but normative values are constantly in flux — hopefully as we continue to be more compassionate.

Your Hero Is Not Dead is out 6/5 on Partisan. Pre-order it here.