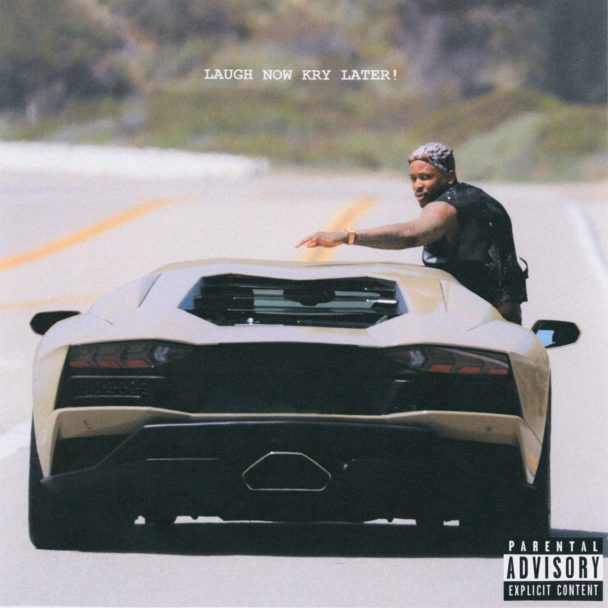 The last time we heard from California rap king YG, he was releasing “Konclusions,” a Valentine’s Day love song to Kehlani. Kehlani almost immediately responded by ripping YG a new asshole on the breakup song on the post-breakup diss track “Valentine’s Day (Shameful).” That’s pretty funny! Presumably, YG would very much like to put this behind him. Today, he’s got a new song and video, so maybe that’s a start.

YG’s new track is called “Laugh Now Kry Later!,” and it’s a moody and downbeat track, a bit in the vein of what YG’s past collaborator Drake does so often. YG says it’s the title track from a forthcoming album. The track itself, from producers Pasqué, FranchiseDidIt and Iceberg, is a downbeat synthy thing. YG sounds pretty cool doing this. He spends most of the track just flexing, but at least a couple of stray lines are presumably aimed at Kehlani: “Now you gotta kick, push, gotta turn skater/ But he ain’t mean to break her heart, he just a heartbreaker.”

YG spends most of the video leaning out the passenger’s side of a Lamborghini as it speeds through winding roads. (I like the idea that YG is quarantining with the one guy he knows who’s really good at driving expensive sports cars.) Check it out below.

“Laugh Now Kry Later!” is out now on the streaming platforms. In a press release, YG says, “There’s more heat coming when we’re back outside again, but wanted to give my fans something to vibe to while we’re all inside. Stay home, stay safe, and stay dangerous.”