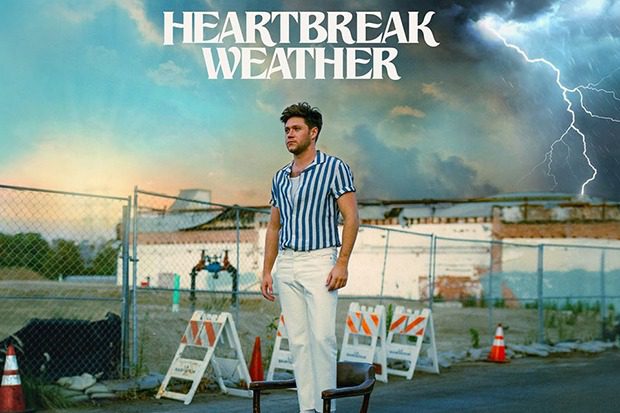 Niall’s ‘Put A Little Love On Me’

Like Flicker, Niall Horan’s sophomore LP predominantly deals with matters of the heart. The tone of Heartbreak Weather is, however, noticeably lighter and brighter. In fact, it just might be pop’s first, feel-good breakup album. Not that the subject matter is trivial. The 14 songs chart the life cycle of a relationship, from the initial spark of attraction right through to the emotional aftermath that follows a split. It’s just that they are largely presented as breezy, ’80s-influenced bops instead of the somber, stripped-back fare of his debut.

In retrospect, “Nice To Meet Ya” was a cheeky lead single. Sure, it’s where the story begins and captures Niall’s rock star aspirations, but — sonically, at least — it’s an outlier. The same could be said of “Put A Little Love On Me,” which feels like a bridge between his two albums. “No Judgement” and the title track give a better representation of what’s to come. The former has the most bite. A feel-good tune about the upside of a having a friend with benefits gently washes over you until you wake up one day humming the melody. The song is also notable for its mature approach. There’s no hidden agenda here.

The same goes for “Small Talk,” an unbridled banger about cutting through the bullshit and heading straight to the bedroom. The production has echoes of ’80s bands like The Cars, which is as unexpected as it is welcome. That decade influences much of Heartbreak Wether. “Arms Of A Stranger,” one of two excellent Greg Kurstin productions on the album (there’s a third on the Target edition), sounds like a cross between One Direction circa Four and whatever was playing on MTV in 1987. It’s a sing-along anthem and deserves to be a single.

Speaking of 1987, Niall channels Huey Lewis on “New Angel.” Greg Kurstin’s second contribution is a slick and instantly hummable bop about diving back into the dating pool. If you’re still feeling nostalgic for One Direction, head straight to track two. “Black And White” is a big, beautiful, shamelessly sentimental stadium-rock moment about tying the knot. Wedding songs can go horribly wrong, but this will soundtrack the first dance at many a millennial marriage. Again, the radio-ready gem really should be a single at some point.

Similar in sound if not subject matter is “Everywhere.” In fact, this bop wouldn’t sound out of place on Midnight Memories. Not that Heartbreak Weather is all synth-flecked bangers or pop/rock anthems. Niall slows the tempo somewhat on “San Fransisco” — a Don Henley-esque lament about the past that is drenched in regret. Another introspective highlight is the acoustic album-closer, “Still.” All in all, Heartbreak Weather is a winning collection of love songs from multiple perspectives with very few skips (“Bend The Rules,” “Cross Your Mind” and “Dear Patience”). It’s safe to say there’s no sophomore slump here.

Do you love the album? Let us know below, or by hitting us up on Facebook and Twitter!