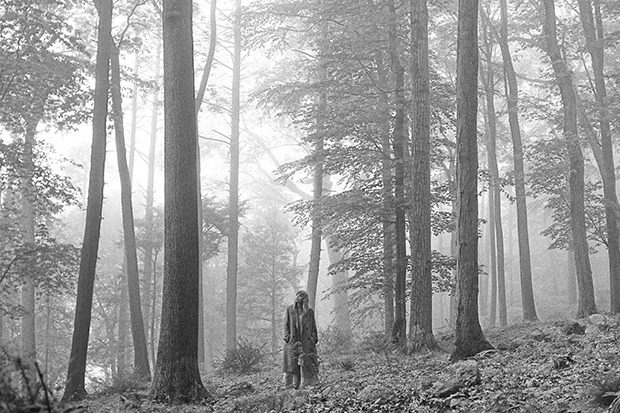 Taylor Swift has already won Album Of The Year Grammys for both country and pop offerings. (Fearless and 1989, respectively). She could feasibly take home a third with folklore. Which is excitingly difficult to horn into any particular genre. There are country and pop elements in the mix, but also folk, indie and Americana. The result is a heady, rustic brew that evokes fog-smeared forests and log fires, time-stained love letters and whispered truths.

What makes folklore so extraordinary is the songwriting. Taylor’s pen has always been a fearsome weapon, documenting every step of her life from wide-eyed school girl to Reputation-tarnished superstar. On folklore, however, she goes a step further by creating her own universe. One that is simultaneously personal and fictionalized. The 30-year-old regales us with tales of love, lust and scandal, and then charms with stream of consciousness offerings that feel like diary entries. The fact that it all hangs together so perfectly is a testament to Taylor’s talent as a curator (something she doesn’t get enough credit for) and the restraint of her collaborators.

The Cats survivor makes her intentions clear from the album-opener. A mournful ode to the one that got away, “the 1” is a body blow of a song. The loveliness of Aaron Dessner’s production combined with the heartfelt simplicity of Taylor’s lyrics is enough to take your breath away. There’s also a newfound grace that comes with life experience. “If wishes came true, you would have been the one” is a lyric that wouldn’t sound out of place on any of the hitmaker’s previous albums, but this time it’s an act of acceptance instead of a lament. But don’t mistake folklore for a downer.

Lead single “cardigan” is the kind of dizzyingly romantic love song that could only be conjured from Taylor’s brain. They say to kill your darlings, but something tells me that this track is full of them. While the clothing metaphor works through sheer force of will, the less-flashy moments are what linger in the mind. “Leaving like a father” and “I knew you’d haunt all of my what-ifs,” in particular, belong on Taylor’s songwriting sizzle reel.

Just when you think the superstar is about to lay herself bare, she ushers us into the scandalous world of “the last great american dynasty,” a song that is reminiscent — for a reason I can’t quite put my finger on — of Speak Now. Perhaps it’s the salaciousness of the storytelling, or the relish Taylor takes in putting herself into someone else’s shoes. Maybe it’s just the comparatively-jaunty production. Either way, I love it wholeheartedly. In a way that I can’t quite embrace “Exile.” Taylor’s much-lauded collaboration with Bon Iver is staggeringly beautiful, but there’s a sterility to it I find jarring.

After four extremely good songs produced by Dessner, Jack Antonoff steps up to the plate. “my tears ricochet” is one of chart-topper’s famed kiss-offs, but this isn’t so much accusatory as anecdotal. The album’s only entirely self-penned track is simply about coming to terms with the emotional scars that inevitably form when someone leaves you. Sonically, it’s one of the most interesting compositions with strings and layers of background vocals that create a crescendo of emotion.

Next up is one of my favorite cuts on folklore. “Mirrorball” is the dreamiest ditty on the album by some margin. Falling somewhere between Mazzy Star and whatever is playing at The Bronx in your favorite Buffy episode, this slow dance envelopes you like a warm blanket. Another Antonoff-produced track that has the potential to be a classic — imagine having more than one on an album — is “this is me trying.” Raw, eerie and true, this encapsulates the terror of trying to make things right.

The holy trinity of Antonoff productions is complete with “illicit affairs.” Like “the last great american dynasty” it finds Taylor role-playing — only this time, instead of imagining sweeping, romantic moments, the singer/songwriter puts herself into a grittier milieu. She plays The Other Woman, one making do with stolen moments in parking lots and cheap hotel rooms. In some ways, it is a glimpse of where Taylor might be musically if she had stayed with country. The song owes more to Lucinda Williams, Shelby Lynne and EmmyLou Harris than any of her pop contemporaries.

Of the Aaron Dessner-produced songs that dominate the second half of the album, a couple standout. The eerie and evocative “seven” could soundtrack Sofia Coppola’s remake of The Beguiled, while “Invisible String” is the most charming rumination on the twists and turns of fate that I can think of. It’s a reminder that while Taylor lost her rose-colored glasses somewhere along the way, she can still tap into the wide-eyed wonder that made her first four albums absolutely hate-proof. It is another song that will stand the test of time.

There’s something remarkably free and unforced about folklore, both thematically and sonically. Taylor is allowed to follow her muse down the leafy pathways of her mind. While some stops are better than others, none are unwelcome. In fact, it’s easier to list the things I don’t like about folklore than the ones I do. The last two songs feel like an afterthought in comparison to what came before them, and the mid-section of the album sags a little. But that does nothing to dim the enormity of this achievement.

Do you love the album? Let us know below, or by hitting us up on Facebook and Twitter!