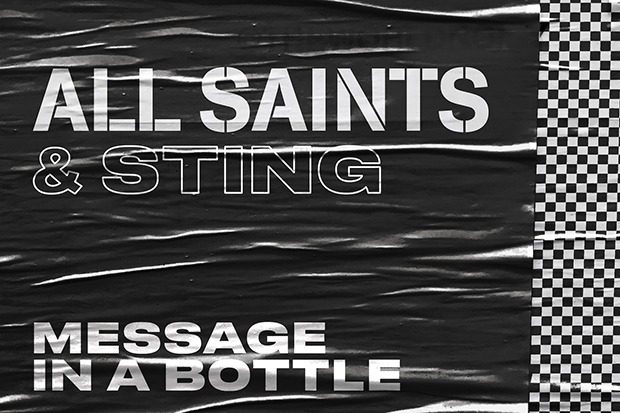 Well, this is a little unexpected! UK girl group All Saints is back with a cover of The Police’s “Message In A Bottle” — featuring Sting, no less. It turns out the pop veterans, who are probably still best known in the US for 1997 smash “Never Ever,” performed the song at a charity event in 2018 and then added it to their live set. “We were in the studio working on a new arrangement of the song for a radio session and we decided to record what we had come up with,” the ladies explain.

“We were delighted when Sting heard our original demo and offered to add his vocals to the track.” Of course, All Saints made a welcome return to music in 2016. They ended a decade-long hiatus with Red Flag and promptly landed a top five album in the UK. The girl group then followed it up with another album in 2018 called Testament. It will be interesting to see if their remarkably faithful cover of “Message In A Bottle” (they don’t even change pronouns) is the first taste of a larger body of work. Listen below.

Do you love this version of the song? Let us know below, or by hitting us up on Facebook and Twitter!