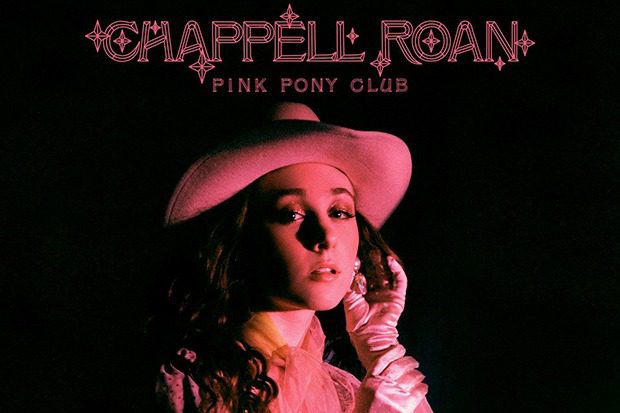 I don’t know what I was expecting from Chappell Roan’s new single, but it was a glorious country-pop-disco hybrid called “Pink Pony Club.” Produced by Dan Nigro, the Missouri singer/songwriter’s latest isn’t so much of a reinvention as a rebirth. Instead of stripped-back ditties, she is now crafting bangers about her own journey of self-acceptance. “I know you wanted me to stay, but I can’t ignore the crazy visions of me in LA,” she begins the song over piano keys. “I heard that there’s a special place, where boys and girls can all be queens every single day.”

“God, what have you done? You’re a pink pony girl and you dance at the club,” Chappell imitates her mother on the chorus. “Oh mama, I’m just having fun on the stage in my heels, it’s where I belong — down at the Pink Pony Club.” Throw in not one but two guitar solos and you’re left with an oddball delight that leaves a trail of glitter and good cheer in its wake. The song is also highly autobiographical. “I realized I could truly be any way I wanted to be, and no one would bat an eye,” the breakout star says of her move West.

“It was so different from home, where I always had such a hard time being myself and felt like I’d be judged for being different or being creative,” she reveals. “I just felt overwhelmed with complete love and acceptance, and from then on I started writing songs as the real me.” Watch Chappell’s suitably camp “Pink Pony Club” visual below and dive a little deeper into the fictional nightclub, which may or may not be based on The Abbey, here.