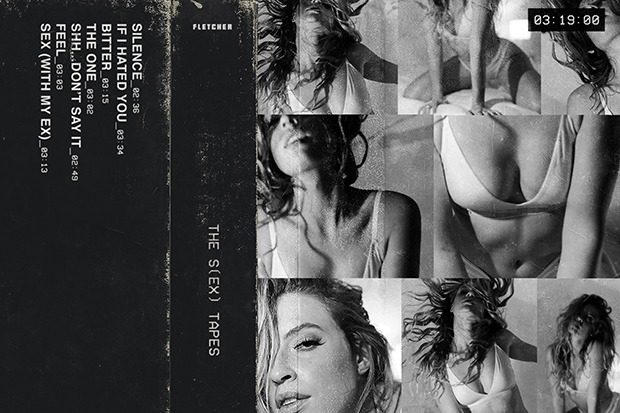 FLETCHER’s The S(ex) Tapes EP has arrived a week early. The breakout pop star has been releasing songs from the project on a near-weekly basis — all of which have been great. As a result, there are only a couple of new songs to add to the mix. “Shh.. Don’t Say It” is a slinky mid-tempo about setting expectations, “Silence” — an absolute highlight — dabbles in bass-heavy disco and “Sex (With My Ex)” is as outrageous as the title suggests. Throw in previous gems like “Bitter” and “If I Hated You,” and you have one of the best EPs of 2020.

What inspired the project? “I made the insane decision to spend the entire quarantine [with] my ex-girlfriend,” she tells Zane Lowe on Apple Music. “The reason why it’s called The S(ex) Tapes is because, a sex tape is somebody being captured in their most vulnerable, like wildest, rawest form, and the ‘ex’ is in parentheses because she shot the videos for it, and she’s always kind of captured me in that way. And so, each song on the EP is just sort of a different point in an on again, off again, on again, off again relationship.”

Stream FLETCHER’s impeccable EP below and watch her just-released “Shh… Don’t Say It” video at the bottom of the post.

Do you love the EP? Let us know below, or by hitting us up on Facebook and Twitter!