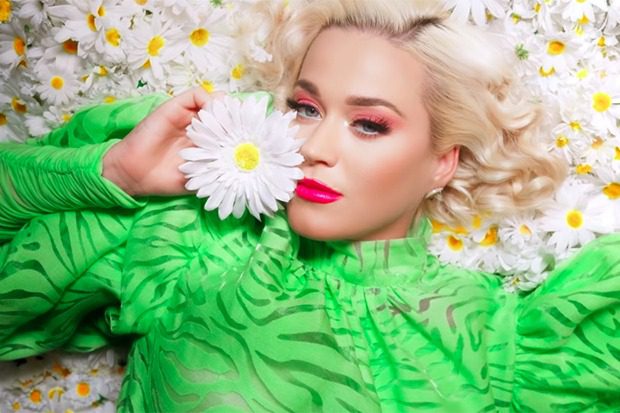 Katy Perry has already released two very good remixes of “Daisies” courtesy of MK and Oliver Heldens, but she ups the ante with the Can’t Cancel Pride overhaul. In addition to revving up the BPM, this version also interpolates previous hits like “I Kissed A Girl,” “Walking On Air” and “Swish Swish.” The very-pregnant pop star even found time to film a glamorous new video, which finds her serving goddess on a bed of flowers, spinning around in a box and even sweeping up glitter with a mop. Legends only.

In many ways, it has been a busy week for Katy. She got the ball rolling by opening up about a new song called “Teary Eyes,” which is literally about dancing through the tears, and then spilled about a track called “What Makes A Woman.” The latter contains a message the hitmaker wants to pass on to her unborn daughter. “A hope I have for my future child is that she doesn’t have any limits on any of her dreams or what she wants to be, or who she thinks she is,” Katy explained. “You know, she can change whenever she wants.” Watch “Daisies (Can’t Cancel Pride)” below.