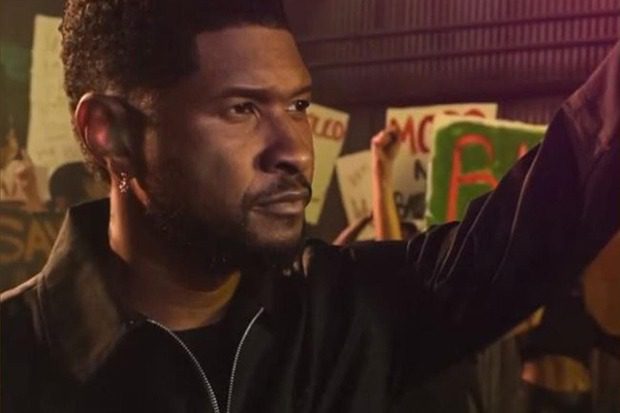 Usher has enjoyed a resurgence in 2020 thanks to collaborations with Summer Walker (“Come Thru”) and Ella Mai (“Don’t Waste My Time”). The R&B legend is now lending his voice to the Black Lives Matter movement via a powerful protest song called “I Cry,” which addresses racial inequalities. “I can’t keep it together, I usually don’t show my emotions,” the 41-year-old begins the soulful ballad. “But it ain’t getting better, ’cause you can’t be blind with eyes wide open.”

That takes us to the emotional chorus. “I cry for the sons without fathers and the pain that their mothers, hold deep inside,” Usher croons. “So I’ll fight for the future we’re making, we can change if we face it.” The enduring hitmaker also shares a message for his children on the song. “[It] was inspired by wanting to teach my sons that it is ok for a man to feel emotions deeply and to cry,” he explains. “Like many men, I was raised to believe that we have to be ‘tough’ and not show our vulnerability, which I don’t want to teach them.”

“While I was shut in during the Pandemic and watching the death of George Floyd, the ongoing slaughtering of Black men and women, the protests and the events that unfolded, I became very connected to the wider universal feeling of hopelessness,” Usher continues. “Like many, I grew increasingly frustrated by how slow things have been to change. I became very depressed thinking about all sons who have lost their fathers to police brutality, social injustice and violence; the daughters and mothers too.”

Proceeds from “I Cry” will go to the Local Initiatives Support Corporation. LISC is one of the nation’s largest nonprofits investing in underserved communities and communities of color.” Listen to the powerful song below.