Lady Gaga & Ariana Grande Unite For “Rain On Me” 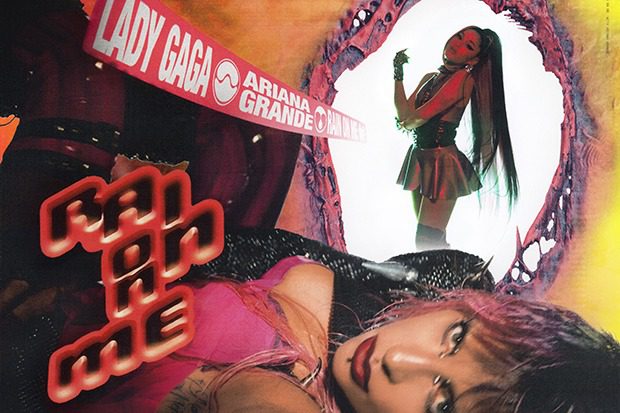 It’s finally here! After a week of non-stop promotion, Lady Gaga and Ariana Grande’s “Rain On Me” takes its place in the New Music Friday lineup. Produced by BloodPop, Tchami and BURNS, the second single from Chromatica is a club banger about dancing away the tears. “I didn’t ask for a free ride, I only asked you to show me a real good time,” Mother Monster begins the duet. “I never asked for the rainfall, at least I showed up — you showed me nothing at all.” That takes us to the chorus.

“It’s coming down on me, water like misery,” the pop icon belts. “I’d rather be dry, but at least I’m alive… rain on me.” Ariana then steps up to the mic for her verse. “Living in a world where no one’s innocent, but at least we try,” she sings. “Gotta live my truth, not keep it bottled in.” They then join forces for the chorus. While the lyrics refer to the demise of a relationship, Gaga assured Zane Lowe that it’s a lot deeper than that. “It’s also a metaphor for tears and for the amount of alcohol I was taking to numb myself,” she revealed on Apple Music.

Listen to the empowering club-pop moment below.