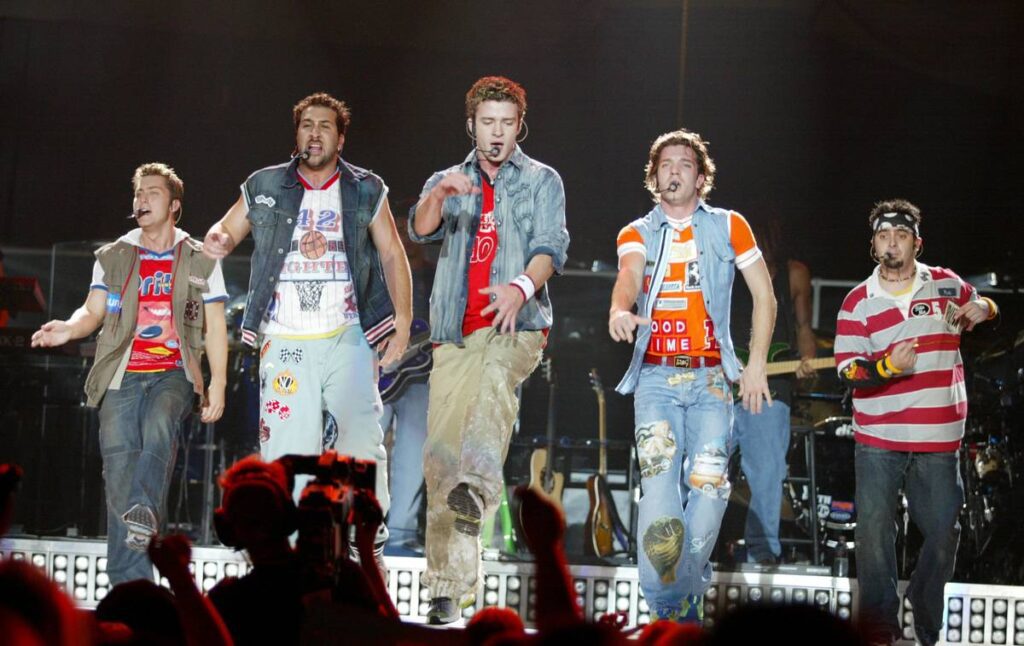 Fans patiently waiting for the return of *NSYNC after 20 years might not have to wait much longer. On Tuesday, the band posted a cryptic message on their Twitter counter that read “something is coming.”

Accompanying the text was an image of a poster with a woman facing away over brightly covered graphics. The woman wears a sweater in the poster that looks to have the word “Pop!” stitched into it. The poster itself also reads “Vol. 7 Coming Soon.”

Before going on hiatus in 2002, the band released four albums, so this tease doesn’t seem to indicate that a new one is on the way. New music could still be on the way, though – fingers crossed! Or *NSYNC could just be teasing new merchandise.

Last year their 20th-anniversary collection was announced. Could this new tease mean extra goodies are on the way? Then again, that might not be enough for rabid fans of the band who have already seemed to determine that new music is coming.

One fan wrote in reply on Twitter, “I can’t wait is it a new CD? Perhaps we fans can get a reunion tour soon?” Another simply responded “@NSYNC Can we have a reunion please?”

While on hiatus, the members of *NSYNC have stayed active. Justin Timberlake blew up to become one of the biggest solo stars in stars in the world. Joey Fatone jumped into Hollywood, finding a path as an actor and television host. The other members have all taken similar steps in different directions.

As the members have tried different paths, they have always found ways back together. The one thing they haven’t done is release new music. What do you think the band is hinting at? Will we finally be getting a new *NSYNC record after a two-decade-long wait?