Pitbull Rolls Out Charity Single "I Believe That We Will Win" 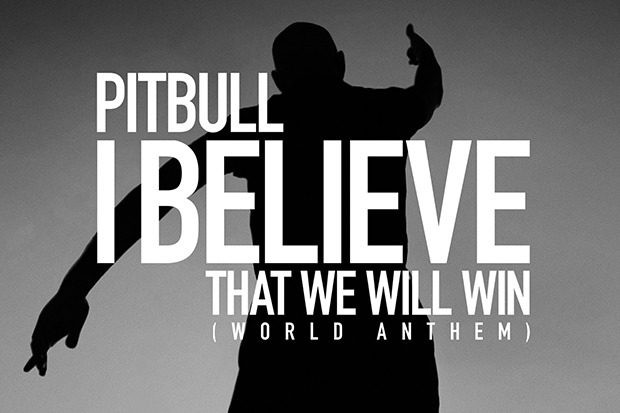 Pitbull is hoping to raise money for COVID-19 relief efforts by releasing a charity single called “I Believe That We Will Win (World Anthem).” The banger, which was released earlier today, is already closing in on the iTunes top 10. “You know what spreads faster than any virus? It’s fear and when it comes to fear,” Mr. Worldwide begins the song, “you can either forget everything and run, or you can face everything and rise.” He then preaches positivity on the chorus: “I believe that we will win.”

The enduring hitmaker is also asking fans to be in the video. “We believe that we can overcome,” reads Pitbull’s message to participants. “We are calling all students, medical workers, first responders, parents, grandparents, everyone from all over the world to be a part of [the video].” It promises to be a lot of fun and will raise money for a worthy cause. “Proceeds will be going to various charities around that world. Please join this movement and submit a video of showing how much you believe.” Find out more here and listen to the song below.