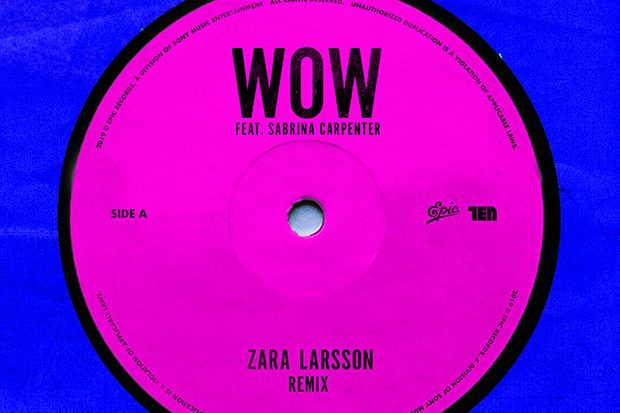 Sabrina Carpenter joins Zara Larsson for the remix of “Wow,” which is only fitting. After all, the Marshmello-produced banger became a belated streaming hit thanks to a placement in Sabrina’s Netflix movie, Work It. Originally released in 2019, “Wow” came and went without making too much noise. Happily, fate intervened and the song went viral after featuring in a key scene in Work It. In fact, streaming numbers have soared by more than 2,300 percent since the dance-themed movie’s premiere.

The new version of “Wow” is largely indistinguishable from the original apart from Sabrina’s loved-up verse, which comes towards the end of the song. “In a crowded place, can you just imagine?” the pop star/actress coos over dramatic synths. “It’s unparalleled, the way it all just happened — if you can’t have me, you don’t want no one.” With a video on the way (Zara announced its imminent arrival on Twitter), expect to hear a lot more of this bop in the weeks ahead. Listen to the remix below.