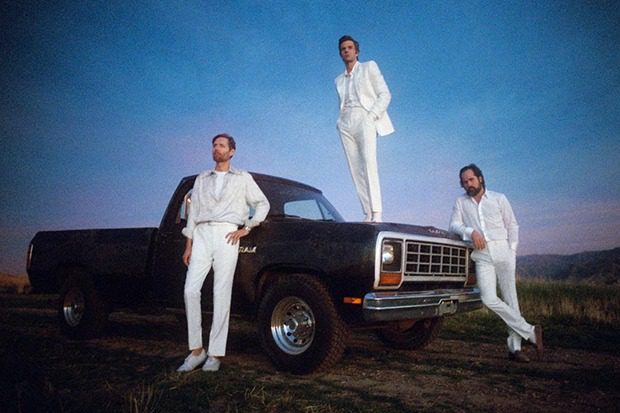 The Killers Drop ‘The Man’ Video

EDIT: The post has been updated with the cinematic video for “Caution,” which was directed by Sing Lee. Watch it below.

The Killers return today with a new single called “Caution.” A throwback to the Bruce Springsteen-channeling Americana of Sam’s Town, the lead single from Imploding The Mirage (out May 29) is an anthemic ditty about backing yourself and taking chances. “I’m throwin’ caution, what’s it gonna be? Tonight the winds of change are blowing wild and free,” frontman Brandon Flowers howls on the chorus. “If I don’t get out, out of this town — I just might be the one who finally burns it down.”

Sin City’s favorite sons opened up about “Caution” in an interview with Zane Lowe for Apple Music. “We experimented a little bit on the last album,” Brandon revealed. “We’re proud of ‘The Man’ and all that it did, but the heart wasn’t quite there. I was being a little ironic with ‘The Man’ and I think we’re at our best when we’re bearing our hearts and we’re kind of doing that on ‘Caution.’” What’s the track about? “It’s sort of about having the wherewithal to listen to that angel on your shoulder, even if they’re telling you something that you don’t want to hear,” he explained.

“And I think for me with this song was a lot about leaving Las Vegas,” Brandon continued. “I was having this sort of hunch or impression that that was something that I was supposed to do for my family.” Not that it was an easy decision to make. “It was tough for me to leave, and I thought I was able to harness that energy and there was a sort of a relief when it happened, and you kind of feel that the spirit in ‘Caution.’” Listen to The Killers’ very, very good new single below.