We Need To Talk About Kylie Minogue’s ‘Aphrodite’ Bonus Tracks 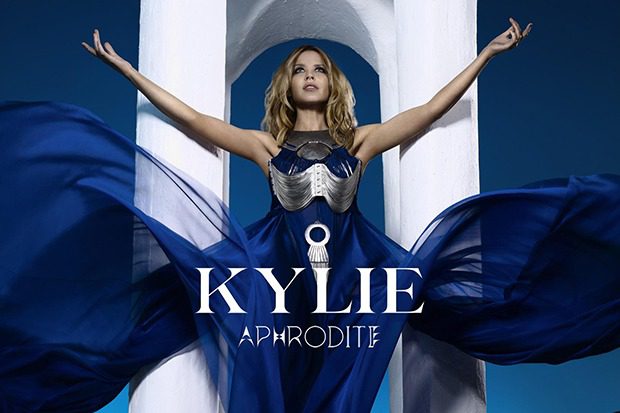 Flashback: Kylie’s ‘Into The Blue’

One of the few fun things to happen in 2020 is the renaissance of Britney Spears’ “Mood Ring,” a four-year-old Japanese bonus track from Glory. Britney decided to give it a belated streaming release and the song unexpectedly topped iTunes and spawned a club-conquering remix package. That got me thinking about Kylie Minogue’s Aphrodite. The dreamy pop opus, which turns 10 this week, houses two of the best bonus tracks of all time — the exquisite “Heartstrings” (another Japan-only release) and “Mighty Rivers.”

The curious treatment of these songs, both Xenomania productions, has baffled fans since the album was released in 2010. Aphrodite is truly one of the great pop offerings of the 2010s, but it could have been even better if these songs were on the standard album instead of say, “Better Than Today” or “Looking For An Angel.” Most of us assumed it must have been label politics because quality is not the issue. “Heartstrings” is one of the loveliest electro-ballads in Kylie’s discography, while “Mighty Rivers” is staggeringly personal.

Let’s start with “Heartstrings.” This is an unashamedly romantic and unusually adult love song. It’s about being pulled out of loneliness after you had given up. “I was stuck in a cycle, staggering slowly on ahead,” Kylie purrs over gentle synths. “Paying the price and waiting for answers.” By the time we get to the lovely chorus, the Aussie hitmaker is a new woman. “Because you pull me in, baby you pull on my heartstrings,” she beams. “And it’s the deepest feeling, you have such an effect on me.” In some ways, it makes a nice bookend to “All The Lovers.”

While “Heartstrings” is a romantic jaunt, “Mighty Rivers” seemingly deals with the pop icon’s late-’00s cancer diagnosis. Which makes it an unusually profound bop. “There was a time I would go with the rolling tide, I wanted an easy ride,” she sings, seemingly to herself. “I thought it was all a game, the thunder struck and it changed — then I was scared, I was terrified.” Kylie found stores of inner-strength, however. “Mighty rivers run right through me,” she croons. “I find them if I dive in too deep.”

It’s probably too late to do anything meaningful with these songs, but it would be nice if Team Kylie could upload them to streaming services. Who know? One of them might take on a life of its own like “Mood Ring.” Revisit “Heartstrings” and “Mighty Rivers” below.

Did these songs deserve more? Let us know below, or by hitting us up on Facebook and Twitter!