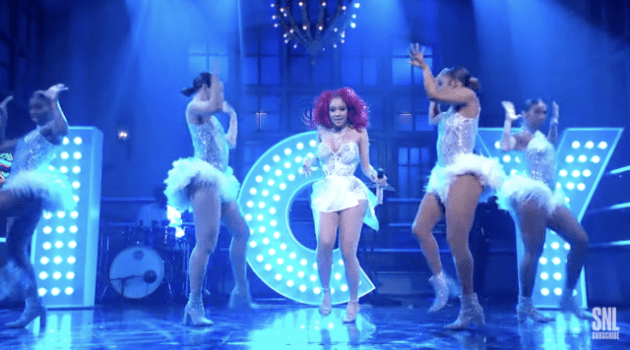 Hot off hosting duties at the MTV EMAs, Saweetie served as the musical guest on Saturday (Nov. 20).

Dressed in a wintry dress, the Icy Chick performed her hit single “Tap In” before stripping down from her gown for a solo rendition of her Doja Cat collaboration, “Best Friend”.

Later on during the show, Saweetie returned to the stage for a twerk fest for a first televised performance of her brand new single, “Icy Chain“.