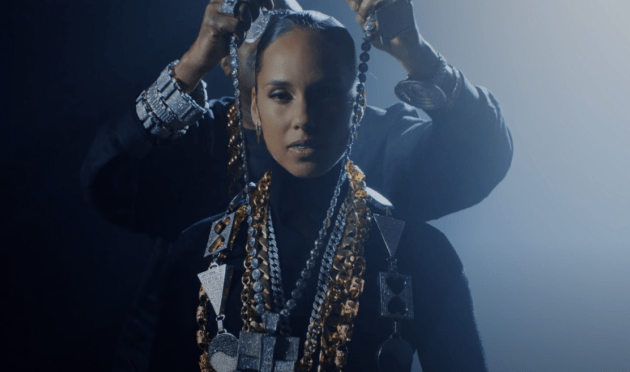 For the sequel, the songstress offers new verses over the soulful and stripped-back piano rendition. The original “City Of Gods” features herself, Fivio Foreign, and Kanye West and is featured on Ye’s Donda 2 and Fivio’s debut album B.I.B.L.E. dropping at midnight (April 8).

Bestowed by rap legend Slick Rick, the innovative clip finds Alicia donning The Ruler’s massive chains and cruising in a futuristic Mercedes EQ sportscar in the midst of bright lights and fireworks.