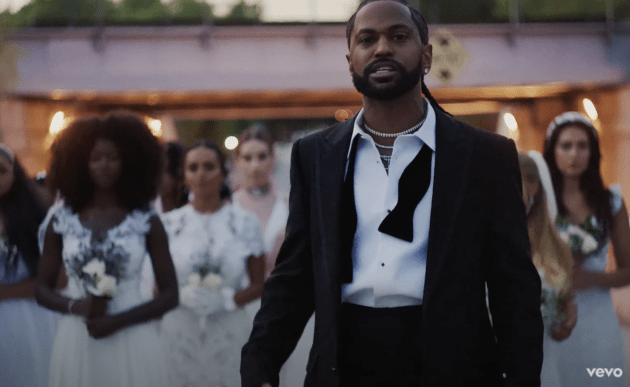 “What A Life” for Big Sean and Hit-Boy in their new video.

Hot off his impromptu L.A. Leakers Freestyle, Big Sean releases his new single, “What A Life” produced by Hit-Boy.

Over the super-producer’s uptempo beat, Sean Don conveys heavy bars full of bravado where he references living in the moment, his success, and addresses his fellow peers.

Directed by Joe Weil, the matching visual co-stars Hit-Boy and finds Sean in a series of scenes that bring his raps to life. He floats above the city of Detroit, flexes his bands on a rooftop, and is covered by a swarm of bees. Elsewhere, he’ channels a college professor, a workout instructor, a football coach, and a groom who leads a pack of bridesmaids armed with guns.