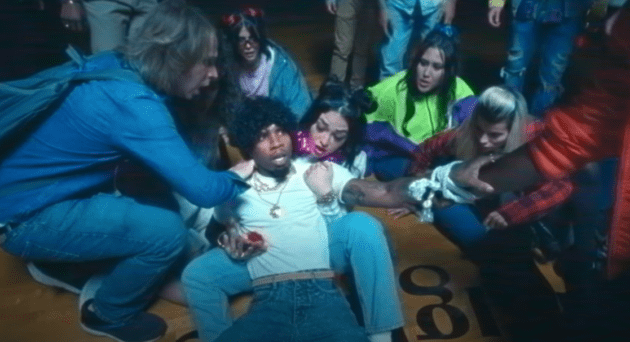 Tory Lanez pleads for love on the first single off his upcoming ’80’s-inspired project, Alone At Prom. Over the retro dance groove, the Toronto star introduces his alter ego, Ashton Rain and hopes to rekindle a flame.

In the nostalgic visual, a jheri curled-Tory croons over a heartbreak of his high school sweetheart. Ashton roams the hallways, kicks it in the cafeteria and performs at the school gym. Here, he partakes in a knife fight with a fellow student, but is stabbed after he witnesses his ex with her new man.

The track is the the follow-up to his Playboy album’s track “Lady Of Neptune”. Alone At Prom drops December 1.