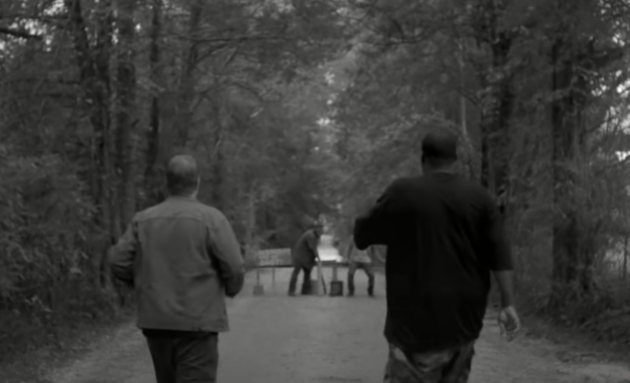 Run The Jewels experience the Night Of The Living Dead in their new video.

Directed by the John Hillcoat, Killer Mike and El-P are centered in a town during a zombie invasion. The horrifying clip features a murder of a man, his wife’s terrifying escape, and Run The Jewels’ confrontation with the the flesh-eating creatures.

The video was premiered during Adult Swim Festival and is off the duo’s latest album, RTJ4.