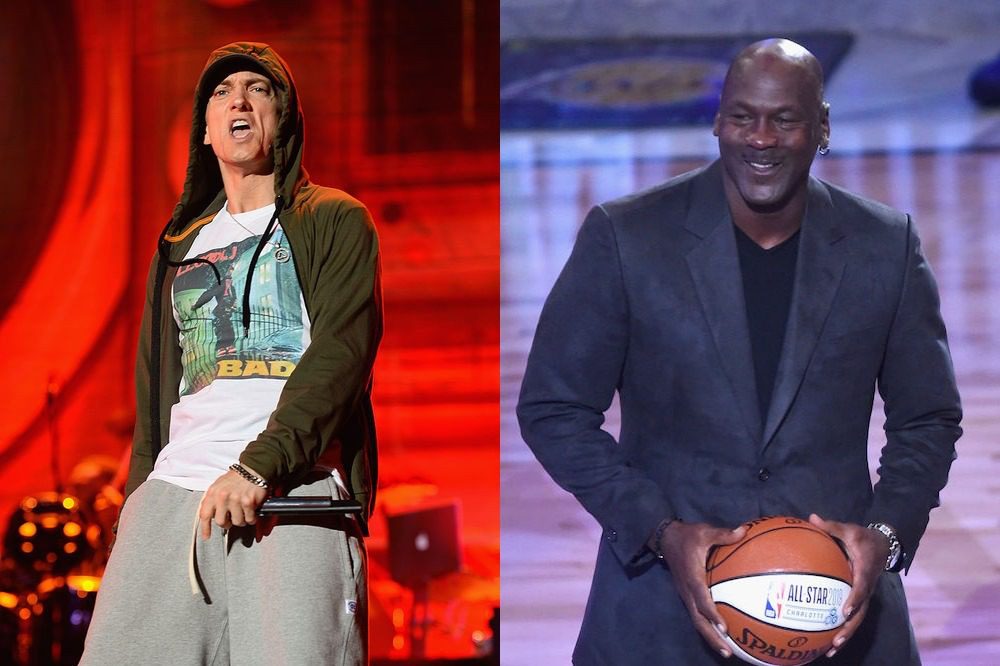 There are some things you just don’t say — even in jest — and one of them is inviting arguably the best NBA player of all time to Detroit so you can dunk on him. Eminem learned this the hard way.

In a new interview with the Sway’s Universe radio show, Eminem recalled an awkward phone call he had with Michael Jordan to discuss a shoe collaboration. It was all going well…until it almost didn’t.

“It was crickets,” he said, remembering the Chicago Bulls star’s reaction. “I don’t remember exactly what he said, but I think he just kinda of was like, ‘Ha ha ha.’ Like laughed. And I remember getting off the phone going, ‘Oh my God, I think I might have just blew it.’”

Watch the interview below.