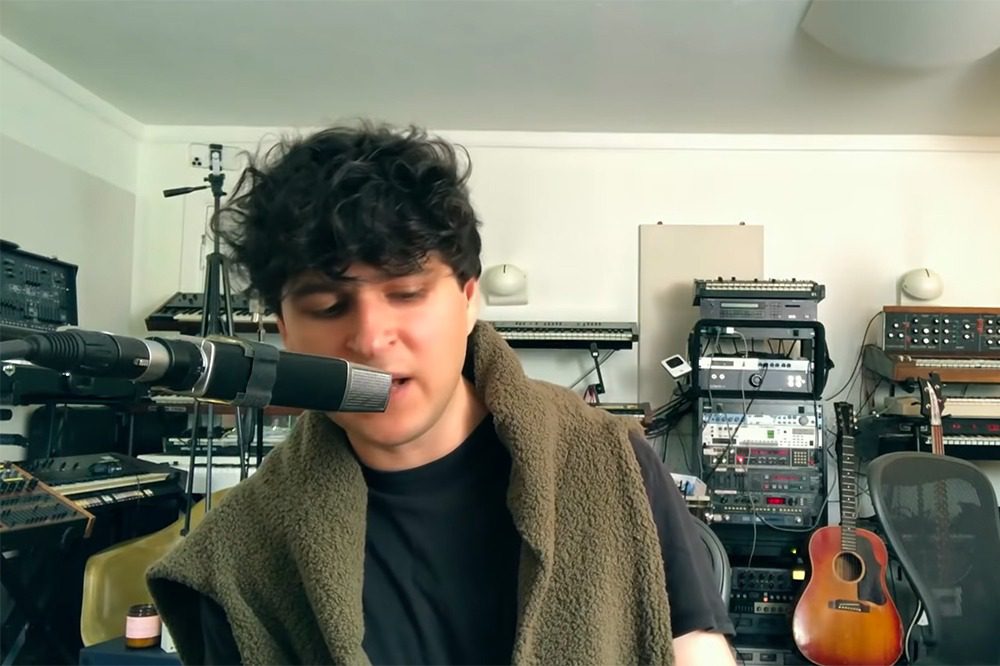 While others are keeping the quarantine streams going or doing weekly covers, Vampire Weekend’s Ezra Koenig has been chilling out a bit — with the occasional acoustic tune on Instagram or joining his partner Rashida Jones on an zoom interview.

But on Tuesday night (May 5), Koenig did a special medley of “Flower Moon,” “Stranger” and “Big Blue” from Vampire Weekend’s latest, Father Of The Bride from his home studio, which you’ll immediately see is stocked with equipment.

Watch Vampire Weekend’s Ezra Koenig perform a medley from Father of the Bride on The Tonight Show below: