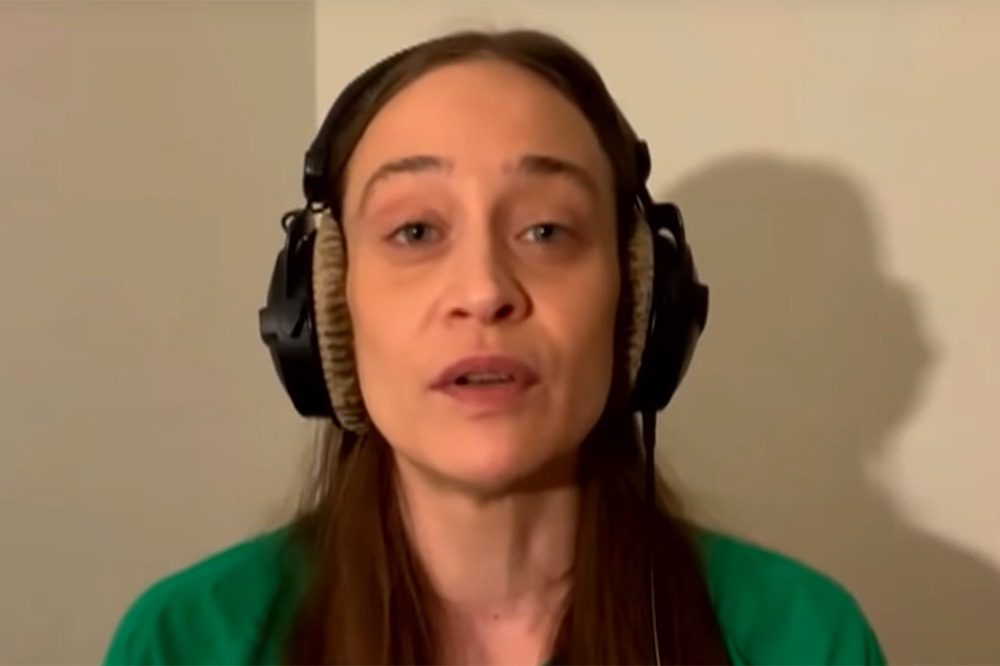 Outside of an interview with Vulture, Fiona Apple has done minimal press in support of Fetch the Bolt Cutters. Last night, however, Apple appeared on Democracy Now! for an even rarer TV interview.

Apple spoke candidly about the making of her album but also opened up about her own experiences with assault and how songs like “Ladies” are relatable right now with the #MeToo movement.

“It’s a song that will hopefully give catharsis and give expression to the people who may not actually voice what’s happened to them,” Apple said. “And that does happen a lot, and especially when people are not even sure what’s happened to them is rape. But they feel that it is, but they can’t say it out loud. I feel [with] this song, they can sing along with that one line and feel it and believe it and know their truth.”

She also discussed the importance of including the indigenous lands that she was in when was working on Fetch the Bolt Cutters. Working with Eryn Wise, who’s an activist and co-organizer of Seeding Soveignty’s Indigenous Impact Rapid Response Initiative, Apple points out in the credits of the new recorded with “on unceded Tongva, Mescalero Apache, and Suma territories.” And if you do get a physical copy of the album, you’ll see it written underneath the tracklist on the back of the record.

“This way I’m tied into it with something that I made now has more meaning because it’s attached to them,” Apple said. “It’s a way for me to also make a life commitment to be listening and to be able to be a friend in whatever best way I can.”

The interview also brought on Wise who spoke about Seeding Sovereignty and what the situation has been for Indigenous people during the global pandemic.