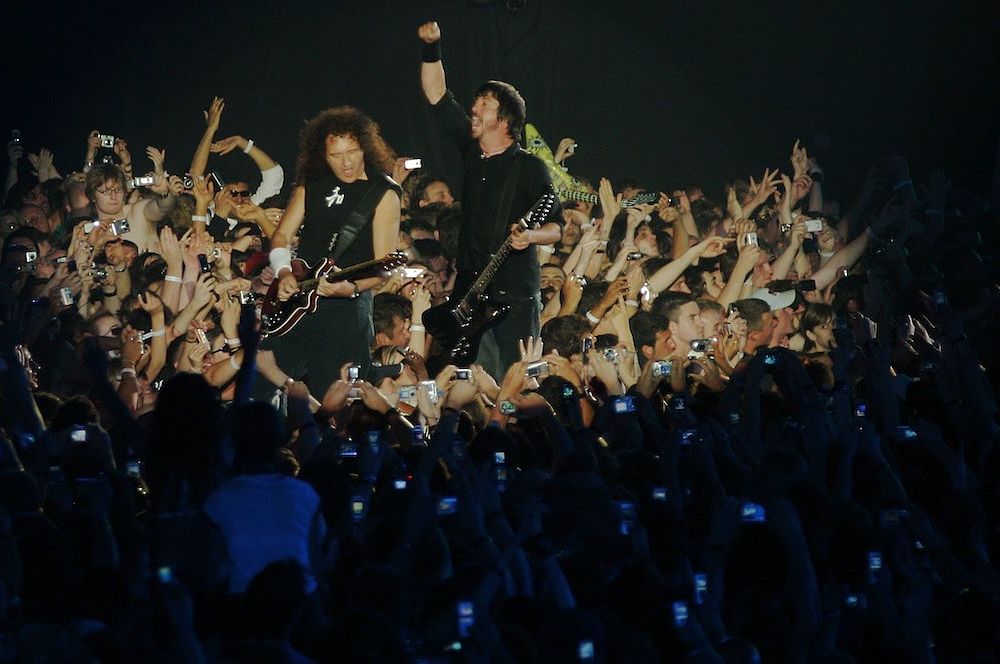 Here’s some Friday entertainment for you. The Foo Fighters are streaming their show from London’s Hyde Park from June 17, 2006 today. The show was one of their biggest and best in terms of scale, songs and guests.

The set featured a number of the band’s biggest hits (at the time), including standards like “All My Life,” “Times Like These,” “Best of You,” “Learn to Fly” and “Everlong.” But, the set’s highlights were an appearance by Motorhead’s Lemmy Kilmister on a cover of Probot’s “Shake Your Blood” and members of Queen (pre-Adam Lambert obviously) hopped up on stage for versions of their “We Will Rock You” and “Tie Your Mother Down.”

Check out the full 16 song setlist: