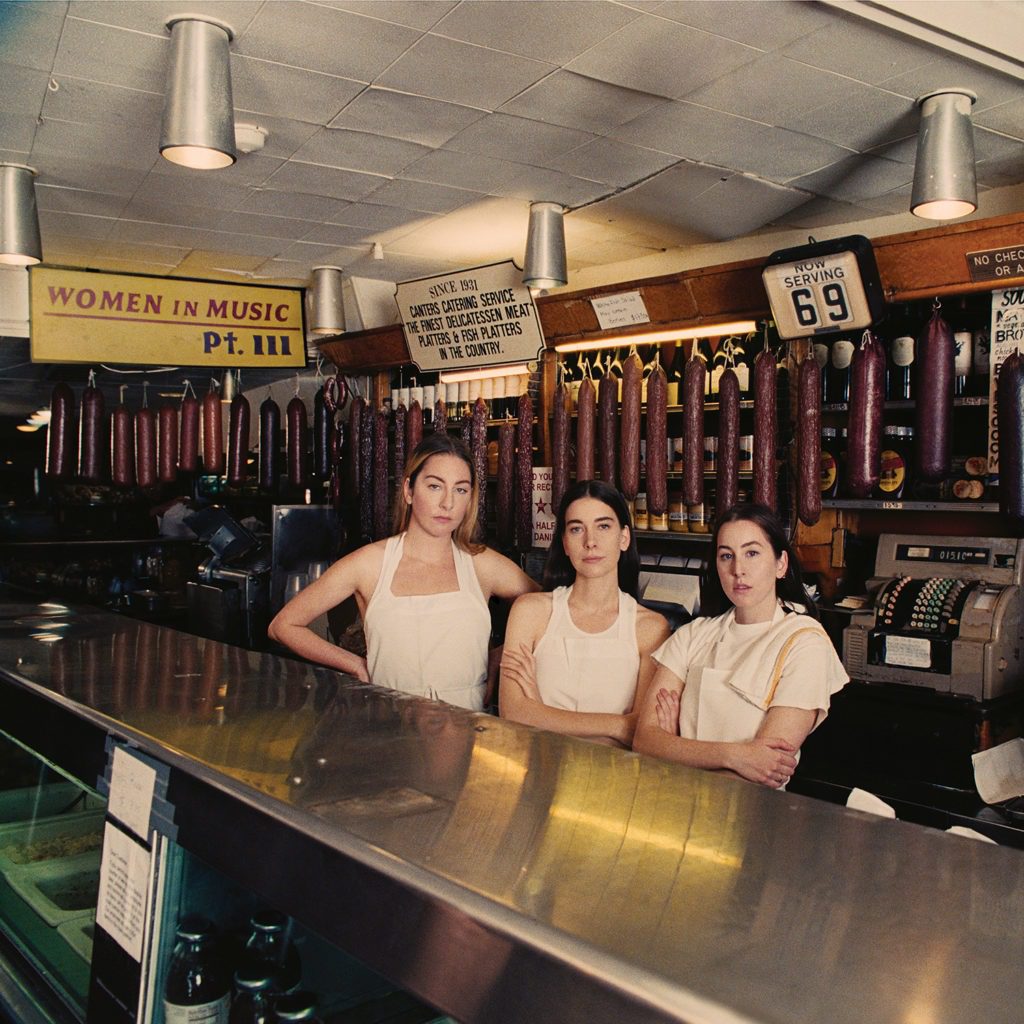 HAIM was one of the first bands to push their album release date due to the COVID-19 pandemic. Now, they’re doing it again, but in a good way.

Women in Music Pt. III was bumped originally from April 24 and will now be released on June 26.

“Now that we’re all starting to settle into our new normal, it feels like a more appropriate time for us to release this body of work. We’re so excited to announce that our new album will now be released on June 26,” HAIM said of the change.

If that’s not enough news for HAIM fans, the sisters have shared a new video for “I Know Alone,” which they said on social media would drop today. The song title is fitting for everyone — especially recently — who knows what alone is.

“’I Know Alone’ was always going to be the next song we released, but it feels eerily appropriate given what’s going on in the world right now,” the sisters said of the single. “We hope this song keeps you company.”

The video — which sees the sisters six-feet apart — was directed by Jake Schreier and was co-choreographed by the band and Francis Farewell Starlite.

Previously, HAIM shared ” “Summer Girl,” “Hallelujah” and “The Steps.” Just before the pandemic spread, HAIM was set to do a quick promo tour with performances at delis in select cities.

HAIM’s Women in Music Pt. III is out on June 26 via Columbia Records. The album was produced by Danielle Haim along with the trio’s frequent collaborators Rostam Batmanglij and Ariel Rechtshaid.

Check out the video for “I Know Alone” below.