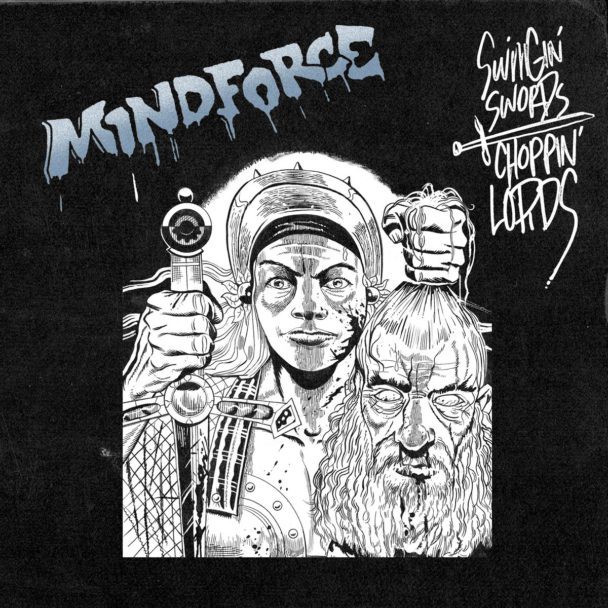 The upstate New York band Mindforce have only been around for a few years, but they’ve already become a huge deal in the hardcore world, where their full-length 2018 debut Excalibur was greeted as an instant classic. Mindforce, who come from Poughkeepsie and the surrounding Hudson Valley area, have just about everything you could want from a new hardcore band: A wild-eyed sense of purpose, a whole lot of energy, a wild live show, an endless supply of riffs. This morning, the band released their new 10″ EP, the beautifully titled Swingin Swords, Choppin Lords, and the vinyl copies sold out by noon.

Mindforce’s sound has a whole lot of the swagger of old-school New York hardcore, and frontman Jason P. has a tough, clipped, rhythmic delivery that fits beautifully with the band’s bouncy intensity. The riffs pull from ’80s thrash, and guitarist Mike Shaw goes into shred-mode on the solos, but Mindforce aren’t really a crossover band. Instead, they’re straight-ahead hardcore done about as well as it can be done today.

Personally, I couldn’t get into Excalibur the same way a lot of people can, but Swingin Swords, Choppin Lords is hitting perfectly for me right about now. This band knows its sound, and they’re getting better and better at capturing it. These songs are going to go off when Mindforce get a chance to play them live. In the meantime, you can hear them below. The four songs are seven minutes well-spent.

The Swingin Swords, Choppin Lords EP is out now on Triple B Records.