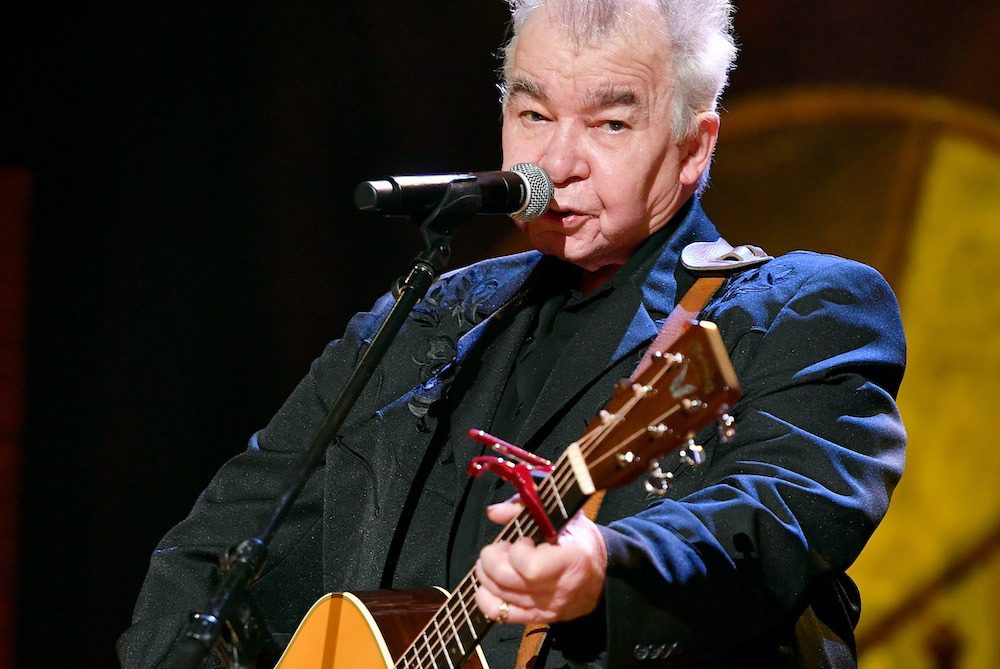 John Prine, the legendary singer/songwriter who blended country and folk music, has died at the age of 73, a rep for Prine told SPIN.

On March 29, his family announced that he was hospitalized due to COVID-19 and was intubated at Vanderbilt University Medical Center in Nashville. He also had pneumonia in both lungs. Prine’s wife Fiona also was diagnosed with COVID-19, but she recovered.

Born on Oct. 10, 1946 in Maywood, Illinois, Prine was known for his mix of humor and seriousness in his songwriting. He tackled love and his personal life, along with social commentary and his raspy voice was one of the most distinctive in folk.

His first solo album was released in 1971 and included a number of his signature songs, including “Illegal Smile,” “Sam Stone,” “Hello in There” and the standard “Angel From Montgomery.” He was nominated for a Grammy for Best New Artist in 1973.

Prine’s songwriting has been praised by many over the years, including legends ranging from Bob Dylan, Johnny Cash, Kris Kristofferson and Roger Waters. His songs have been covered by many, including Bonnie Raitt, My Morning Jacket, Jason Isbell, Amanda Shires, Justin Vernon, Dave Matthews among many, many more.

In 1998, Prine survived a battle with squamous cell cancer that led to him having a piece of his neck removed. The surgery also severed a few nerves in his tongue, while combined with the radiation, changed his voice.

Recently, Prine had roared back. In 2018, he released The Tree of Forgiveness, which was produced by Dave Cobb and featured the likes of Isbell, Amanda Shires, Black Keys singer Dan Auerbach and Brandi Carlile.

Earlier this year, Prine was honored with a Lifetime Achievement Award at the Grammys. Raitt presented him the award, saying: “My friend and hero John Prine, whose sitting right over there, wrote ‘Angel From Montgomery’ and so many other songs that changed my life.”