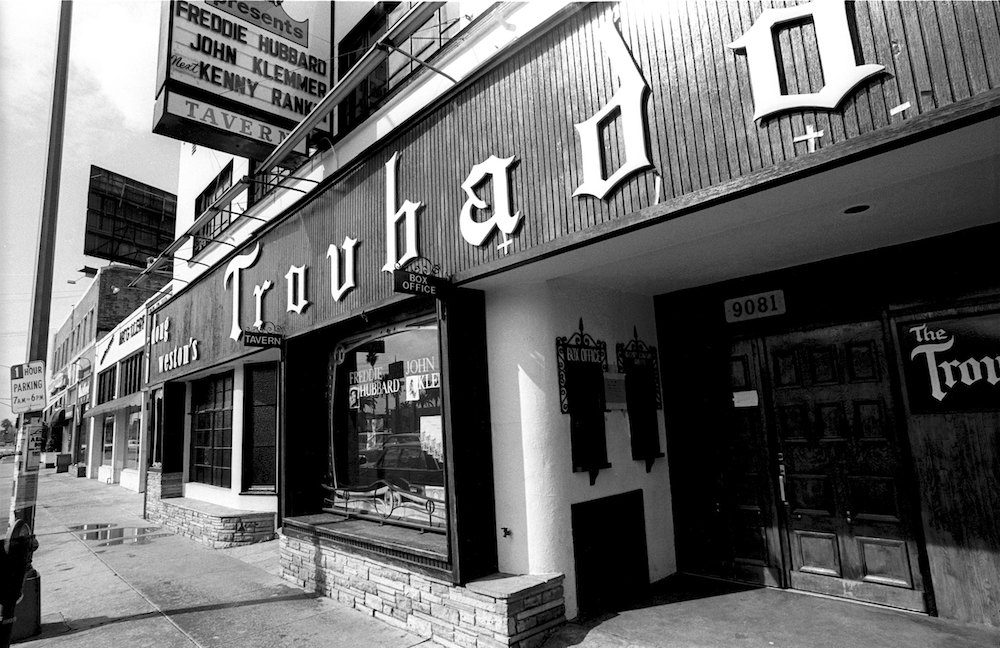 All facets of the music industry have been greatly impacted by the COVID-19. Tours have been postponed, festivals canceled, record labels and artists are facing a critical crunch. Now, the fallout is about to hit historical venues.

Los Angeles’ Troubadour, which is debatably one of the most important in music history, may not be able to reopen following the shutdown.

“That means the middle to the end of next year to potentially open, and maybe a 25% cap,” Troubadour general manager Christine Karayan told the Los Angeles Times. She added: “I can’t foresee being able to ride this out like that.”

The Times also reported that the venue has been lobbying for government aid to get through the crisis, though Karayan said that she doesn’t think the venue can survive an extended closure.

Karayan’s father, Ed Karayan, founded the club with Doug Weston, who died in 1999. Karayan is the owner of the club and building.

The Troubadour launched a GoFundMe to help raise funds for its employees, which you can check out here.

Elton John, James Taylor and Tom Waits all had big early-career shows at the venue. A number of artists played their first show in the city here, including Billy Joel, Metallica, Fiona Apple, BTS, and Mumford and Sons. Joe Strummer played his final show at the Troubadour in 2001. In 2016, Guns N’ Roses kicked off their Not in This Lifetime tour at the venue. If you’re unfamiliar, you can learn more about the venue’s history here.

The legendary venue first opened in 1957. The Troubadour is located on 9081 Santa Monica Blvd just east of Beverly Hills.

Taylor Swift’s folklore has been in the world for a year now, and to celebrate she shared the “original version” of the album’s bonus track “The Lakes.” “It’s been one year since we escaped the real world together and imagined ourselves someplace simpler. With tall tall trees and salt air. Where you’re allowed to wear lace nightgowns […]

Alanis Morissette originally announced her Jagged Little Pill tour with Liz Phair and Garbage to celebrate the album’s 25th anniversary, but COVID-19 had other plans. A year later, the tour is finally set to take place; however, with a slightly different lineup. Phair took to Twitter to announce that “unforeseen circumstances” have forced her to drop […]

Coldplay revealed the sprawling new song, “Coloratura,” from their ninth studio album, Music of the Spheres (Vol. 1). The celestial track — which, according to the band, is not a “single” — closes out the album and clocks in at over 10 minutes. Coldplay released the album’s first single, “Higher Power,”  last May.     […]