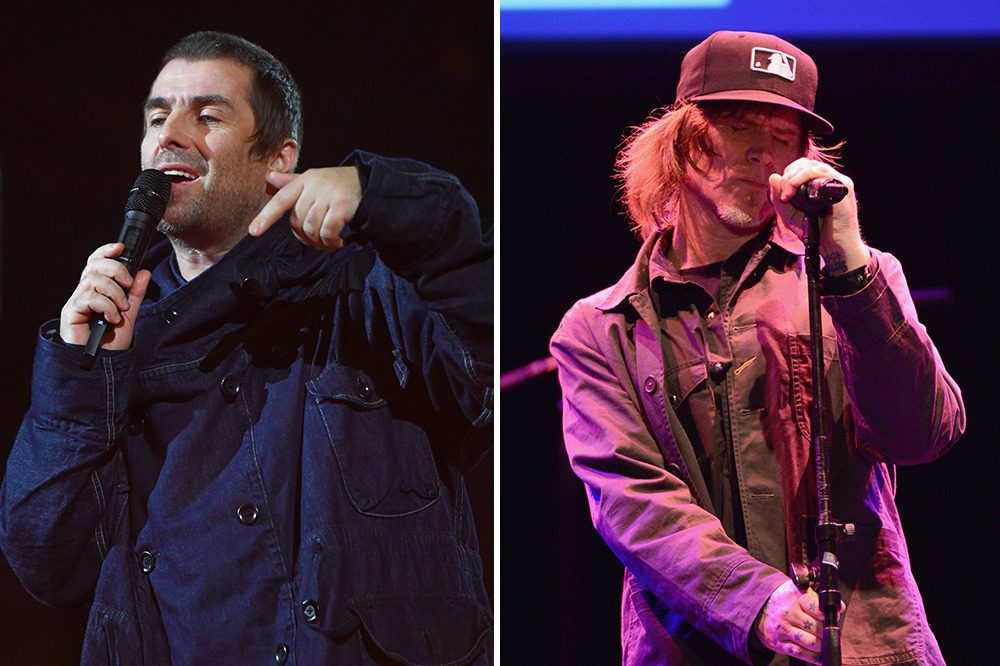 In the book, Lanegan recounted some tension with Gallagher when the Screaming Trees were supposed to be doing a U.S. tour with Oasis in 1996. According to Loudwire, Lanegan said that Gallagher referred tp his band “Howling Branches,” which prompted Lanegan to write, “‘Fuck off, you stupid fucking idiot,’ was my brief, blase retort.”

He also called Gallagher “an obvious poser, a playground bully. Like all bullies, he was also a total pussy.”

While the two were set to have a fistfight, it never happened. However, Gallagher wanted to share his side of the story and shared his thoughts on Twitter last night (May 4).

“Mark lannegn here’s how I saw it I asked you your bands name I was fucking around and called it something else you being an upiight junkie and not having a sense of humour got your little grungy knickers in a twist another bullshitter trying to sell a book LG x,” he tweeted.

Liam. Do u remember this Saturday Night Live show in the US? Aw look at ya 😁 pic.twitter.com/mZXKDiCADG

And when you thought Lanegan would let it slide, he responded with “Coke addicts are junkies too you fucking tool, the stupidest kind” via the social media platform.

Coke addicts are junkies too you fucking tool, the stupidest kind. Still trying to make like you're hard. i could have then and still could put serious hurt on you. leave it alone dickhead unless youre actually ready to finally step up https://t.co/MXgtZBeENV

Liam has never written a decent song by himself or wiith the teams of songwriters hired to do it for him. I would however gladly write with Noel, he was the one blessed with the talent, wit and brains in the family.

Lanegan also posted a tweet about …And You Will Know Us By The Trail Of Dead drummer Aaron Ford, Stereogum reported, but then later deleted it.