Like many events in 2020, iHeartRadio went virtual this year to celebrate the 10th anniversary of its music festival. Miley Cyrus closed out the festivities Saturday night with a four-song set that began with a cover of Blondie’s “Heart of Glass.” The pop star channeled her inner Debbie Harry as she strutted around the stage, utilizing the microphone stand as a sultry prop and throwing in a few headbangs.

She finished the performance with three originals — “Midnight Sky,” “Who Owns My Heart,” and her Mark Ronson collaboration “Nothing Breaks Like A Heart.”

Though she began a new album cycle last month when she released her latest single “Midnight Sky,” Cyrus has been treating fans to all kinds of covers since quarantine began. Since April, she’s performed Pink Floyd’s “Wish You Were Here,” the Beatles’ “Help,” Billie Eilish’s “My Future,” and Hall & Oates’ “Maneater.”

All the rock-leaning covers haven’t been on accident, either. Cyrus says her upcoming album, She Is Miley Cyrus, includes a track that sounds like “Britney [Spears] and Trent [Reznor] had a song together,” which features both Dua Lipa and Billy Idol. 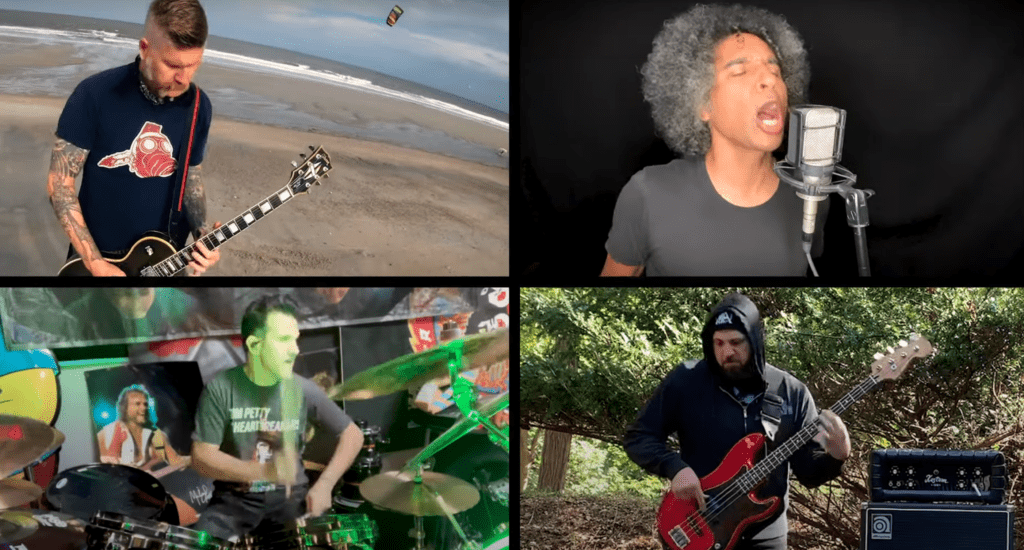 Industrial icons Stabbing Westward treated fans to Hallowed Hymns today (Oct. 30), a surprise covers EP that includes takes on The Cure’s “Burn,” Ministry’s “(Every Day Is) Halloween” and Echo & The Bunnymen’s “The Killing Moon.” “2020 has been a shit year. We were supposed to release our new album and tour the U.S. to support it. […]

Neil Young has been on fire this year. Between his multiple releases, livestreams, battling Trump and the tech companies, the man really hasn’t stopped. It should come as no surprise as the 50th anniversary of After the Gold Rush approaches that Young has a new archival release for that record as well. As is his wont, Young has […]