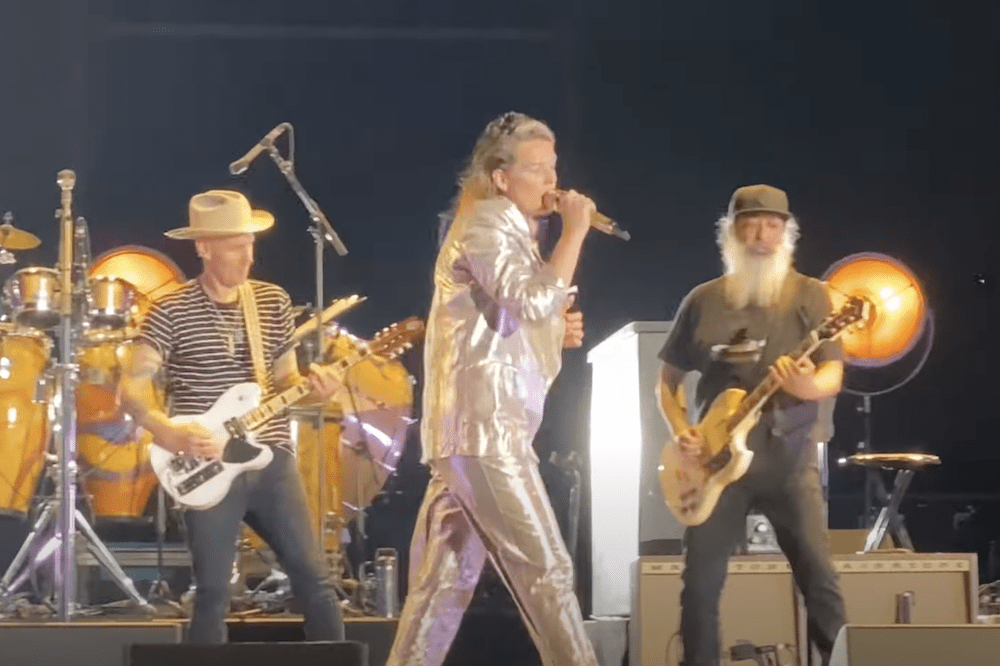 Brandi Carlile brought out the surviving members of Soundgarden to perform a pair of songs during her show at George, Washington’s Gorge Amphitheatre on Saturday night.

Guitarist Kim Thayil, drummer Matt Cameron and bassist Ben Shepherd joined Carlile and her band onstage to play “Black Hole Sun” and “Searching With My Good Eye Closed,” which were both featured on the singer-songwriter’s Record Store Day release, A Rooster Says.

Though they united for a live rendition of “Black Hole Sun” at the 2019 Chris Cornell tribute I Am the Highway, this was the first time Carlile, Thayil, Cameron and Shepherd performed “Searching With My Good Eye Closed” onstage. It also marked the first time Soundgarden’s surviving members played together in their home state since Cornell’s death in 2017.

Watch them perform both songs below.

Brandi Carlile plans to drop her seventh studio album In These Silent Days on Oct. 1. Last month, she shared its lead single “Right on Time” and detailed the project, saying:

Never before have the twins and I written an album during a time of such uncertainty and quiet solitude. I never imagined that I’d feel so exposed and weird as an artist without the armor of a costume, the thrill of an applause and the platform of the sacred stage.

Despite all this, the songs flowed through—pure and unperformed, loud and proud, joyful and mournful. Written in my barn during a time of deep and personal reckoning.

This album is what drama mixed with joy sounds like. It’s resistance and gratitude, righteous anger and radical forgiveness.

It’s the sound of these silent days.

She’s currently on tour through Oct. See a full list of dates here.