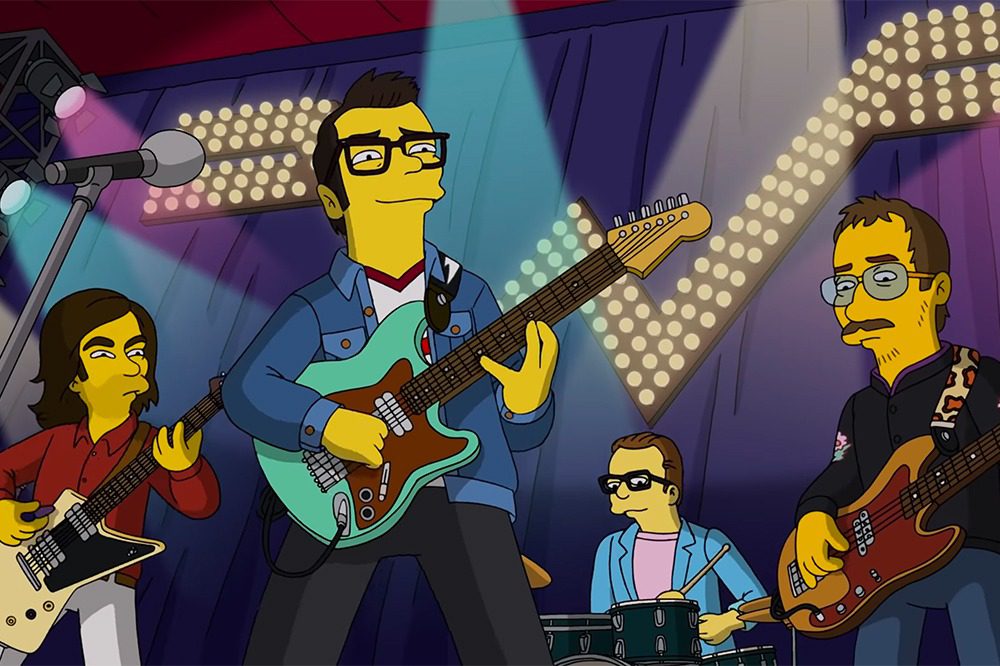 Weezer’s big appearance on The Simpsons premiered last night (May 10), and it featured a full re-working of the iconic theme song for the animated series.

During the end credits of the episode, entitled “The Hateful Eight Year Olds,” Weezer are seen in performing Danny Elfman’s theme music but with more electric guitars and heavy drum action. It also gave viewers the nostalgia of what it felt like to be at a concert again with the animated crowds cheering them on.

As previously reported, Weezer was guest-starring as Sailor’s Delight, a cover band who was performing during a booze cruise that Homer and Marge were on. They also debuted a snippet of their new song, “Blue Dream,” off the upcoming Van Weezer, set to release this Friday (May 15).

Weezer recently dropped the video for “Hero,” which paid tribute to frontline workers.

Watch the Weezer’s “performance” below: