Kurt Cobain's 'MTV Unplugged' Guitar to Be Auctioned Off 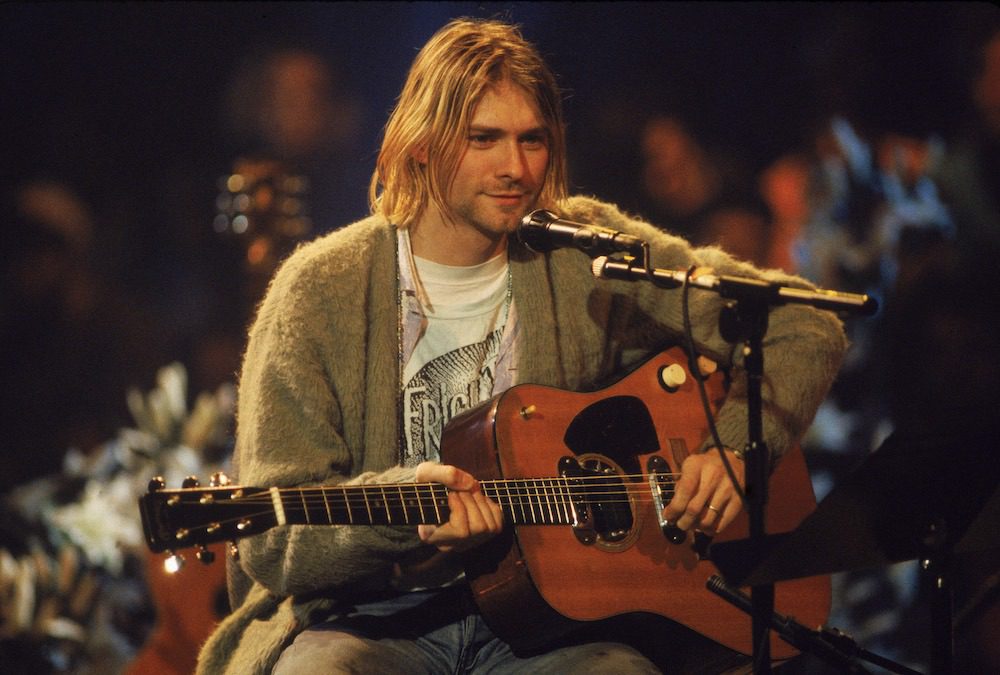 If you ever wanted to know what it felt to sound like Kurt Cobain, now’s your chance. Though it definitely won’t be cheap.

Cobain’s 1959 Martin D-18E acoustic-electric guitar, which he used on MTV Unplugged, will be auctioned off by Julien’s Auctions in Beverly Hills on June 19-20. It’s valued at…$1 million.

If plunking down a lot of money is too much to stomach, you’re in luck. Fans can see Cobain’s guitar beginning May 15, first at the Hard Rock Cafe in London and the following month at Julien’s Auctions Gallery in Beverly Hills starting June 15.

According to a press release from the auction house, the guitar comes with its original hard-shell case decorated by Cobain with a flyer from Poison Idea’s 1990 album Feel the Darkness. Three baggage claim ticket stubs are attached to the handle, along with an Alaska Airlines sticker affixed to the case. The storage compartment of the case also contains Cobain’s half-used pack of Martin guitar strings, three guitar picks, and his suede “stash” bag decorated with a miniature silver spoon, fork, and knife.

“Julien’s Auctions is proud to offer this historic guitar from Kurt Cobain, who upended the music industry and pop culture at large with his mythic performance fronting Nirvana on MTV Unplugged in New York,” said Darren Julien, president/CEO of Julien’s Auctions. “This important guitar has earned its rightful place in Rock ’N’ Roll history as the instrument played by one of rock’s most influential musicians and icons in one of the greatest and most memorable live performances of all time.”

The previous item from MTV Unplugged of Cobain’s to be auctioned off was his sweater, which went for a cool $334,000.

Expect the guitar to fetch way, way more than that. There’s quite a few more Cobain items up for auction, which you can view here.