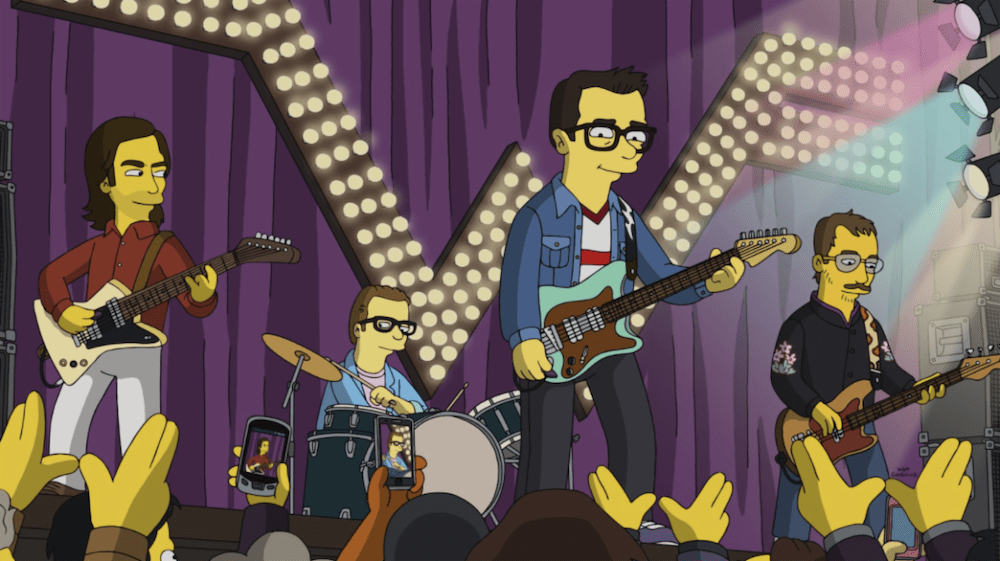 Weezer shared a new song, “Hero,” dedicated to frontline workers on Wednesday and now the band will be the latest rock band to appear on an episode of The Simpsons.

The episode will take place this Sunday, May 10. The episode, titled “The Hateful Eight Year-Olds,” will see Rivers Cuomo and company will appear as Sailor’s Delight, a cover band on a cruise taken by Homer and Marge, who just so happen to perform Weezer songs from their recent albums.

The band will debut a new song titled “Blue Dream” on the episode. The song will appear on the band’s upcoming album, Van Weezer. The release date for it has been pushed and will be announced “soon.” Van Weezer is the band’s 14th album overall.

You can get a sneak peek of the episode below.

Hi, we're the band Weezer, you kids might recognize us and our music (old and new) on Sunday's episode of @TheSimpsons so tune in 8/7c on @AnimationOnFOX. pic.twitter.com/nuLy8wyjyE