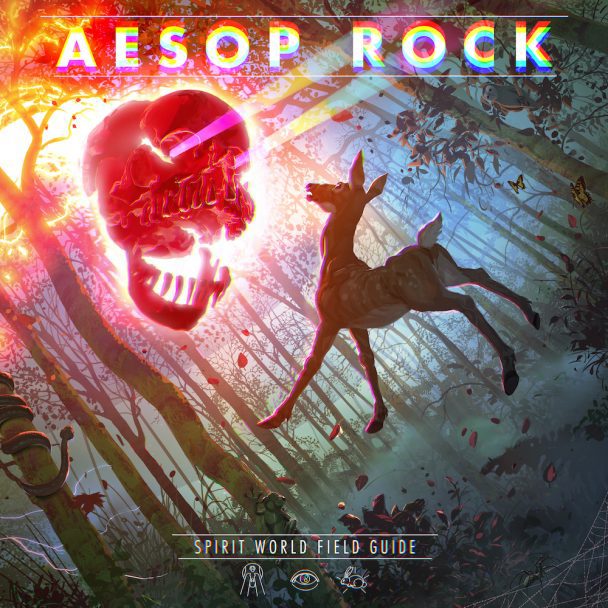 Early this year Aesop Rock shared a one-off single called “Rogue Wave” — which inspired a response track by The O.C.-era indie rockers Rogue Wave called “Aesop Rock” — and a video game soundtrack called Freedom Finger (Music From The Game). Now the underground rap legend is ready to drop his first solo album since 2016’s The Impossible Kid, though he of course teamed with Tobacco on the Malibu Ken LP last year.

In November Rock is dropping his new album Sprit World Field Guide, about which he writes, “If you are among the countless individuals who find themselves feeling both dead and alive at the same time, the information contained within may serve as an invaluable asset to your journey. Godspeed and good luck.” Our first taste of the album is “The Gates,” a suitably catchy and hard-hitting introduction that finds Rock sounding as grimy and idiosyncratic as ever in middle age. It arrives with a video directed by Rob Shaw, who also helmed the “Rogue Wave” visuals, mostly starring Shaw’s children and featuring animation by Justin “Coro” Kaufman, who also did the Sprit World Field Guide cover art.

Sprit World Field Guide is out 11/13 on Rhymesayers. Pre-order it in digital and physical formats.