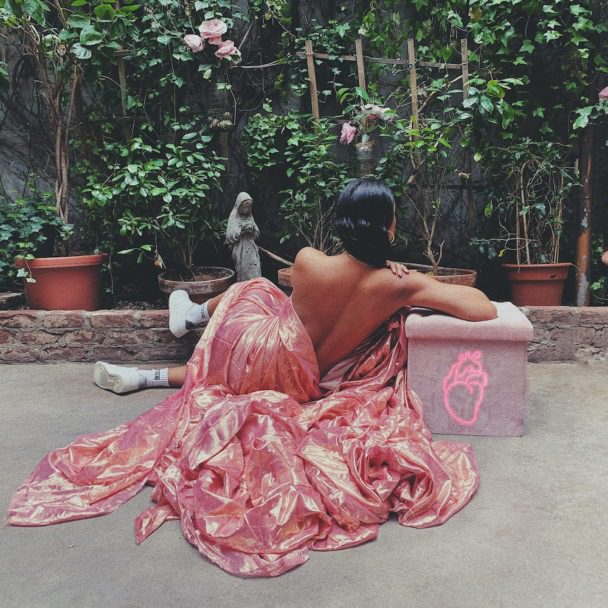 Right now, a lot of people are covering other people’s songs. They’re sitting home on quarantine, they’re messing around with acoustic guitars, and they’re staring soulfully into their webcams, sharing their own versions of their favorite tunes. But Amber Mark’s new single isn’t that. Instead, it’s a radical reimagining — a full-studio version of a classic that utterly breaks it down and then builds it back up.

Amber Mark was a Stereogum Artist To Watch in 2017. For the past few years, she’s been exploring the boundaries between R&B and dance music, and she’s made music that’s both smooth and personal. She’s worked with people like DJDS, Dirty Projectors, and DRAM. And now she’s taken Nirvana’s timeless 1993 yowler “Heart-Shaped Box” and remade it as a lush, funky R&B jam.

Mark’s “Heart-Shaped Box” is a proper major-label single, not a stuck-at-home goof. She produced it herself, using the song as a vocal showcase and crafting a loose synth-bass groove. Considering the position that “Heart-Shaped Box” occupies in our shared cultural imagination, this should probably come across as a stunt. But Mark zooms in on the melody and makes the song work in a whole new form. It’s really cool. Check it out below.

Mark’s “Heart-Shaped Box” cover is out now on the streaming services.