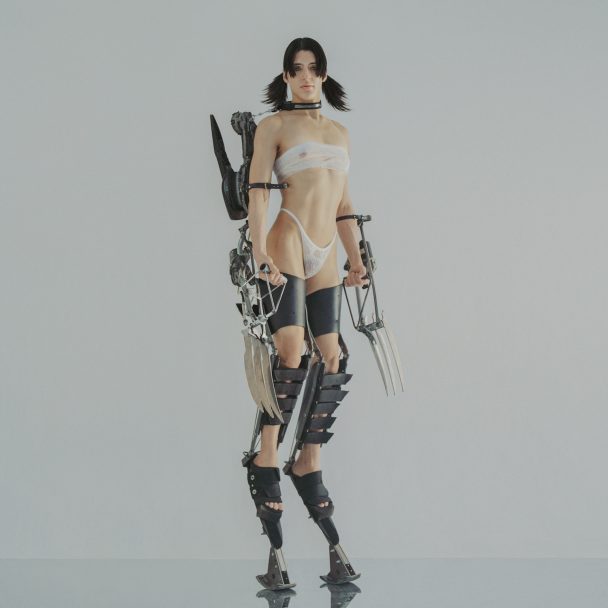 Last month, Arca released “Nonbinary,” the first proper single from her upcoming new album KiCk i. Today, she’s announcing its official release date (6/26) and sharing its tracklist, which features guest spots from Björk, Rosalía, SOPHIE, and Shygirl. She’s also got a new song for us, the dreamy and uneasy “Time.” “I know you want it/ Time/ To let it out/ It’s time,” Arca sings on it, her voice smearing over itself, synths throbbing with desire.

The track comes attached to a video directed by MANSON and shot while Arca was in New York City for last year’s Mutant;Faith show. Arca gets transfixed by a demon, connected by a laser-light sent through their forehead. It’s weird and a little gross and also oddly romantic, as they hop in a limousine and drive off into the late-night streets.