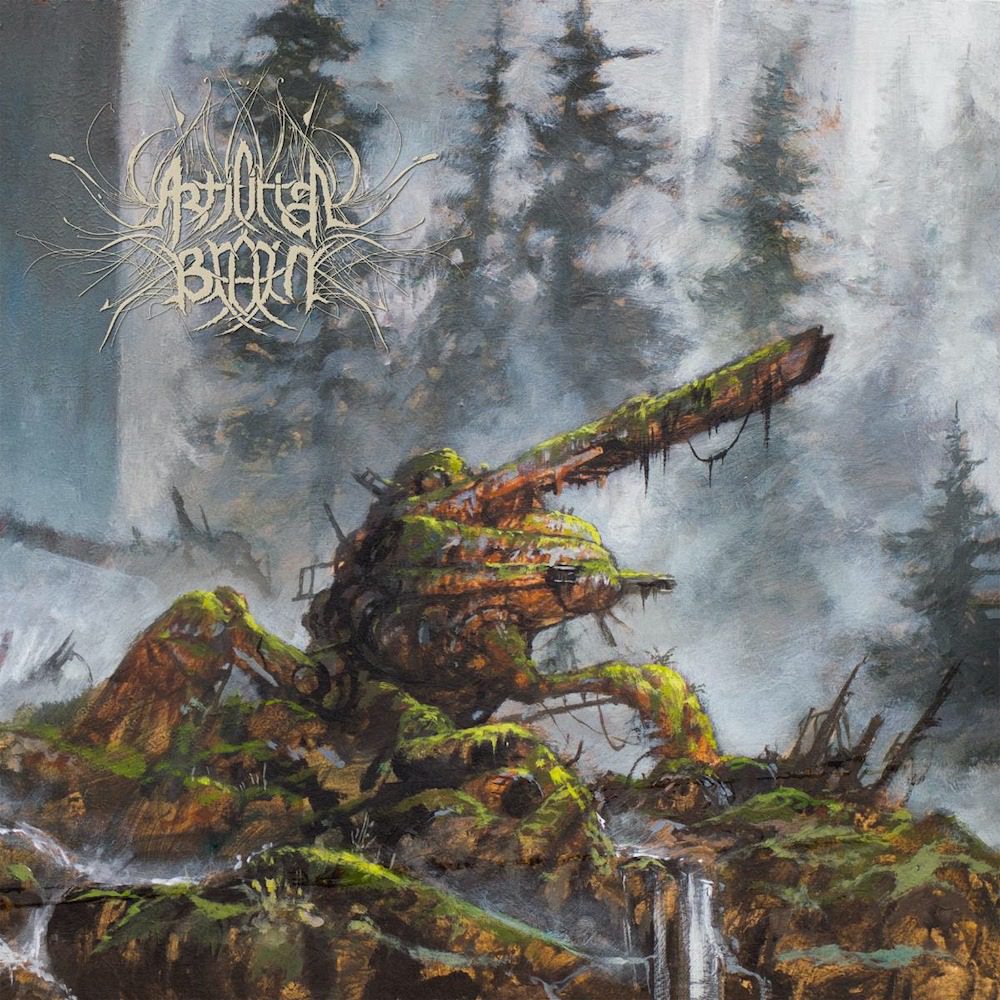 New York’s Artificial Brain make guttural, expansive death metal. There’s a bit of an astral prog quality to their music, and there’s melody in there, too, but they never let that stuff compromise their ferocity. They’ve got some of the same experimental leanings as a band like Gorguts, but they truly sound like nobody else.

Today, Artificial Brain announce their third album. The follow-up to 2017’s Infrared Horizon is a self-titled affair that serves as the band’s last recording with original singer Will Smith. (Not that one.) On the album, members of bands like Gorguts, Krallice, and Miasmatic Necrosis make guest appearances, and the members of Artificial Brain play rare-for-death-metal instruments like synth and saxophone. First single “Celestial Cyst” is a seasick pummel with its own strange sense of dynamics; Nocturnus AD’s Mike Browning adds guest vocals. Below, listen to “Celestial Cyst” and check out the album’s tracklist.

Artificial Brain is out 6/3 on Profound Lore.