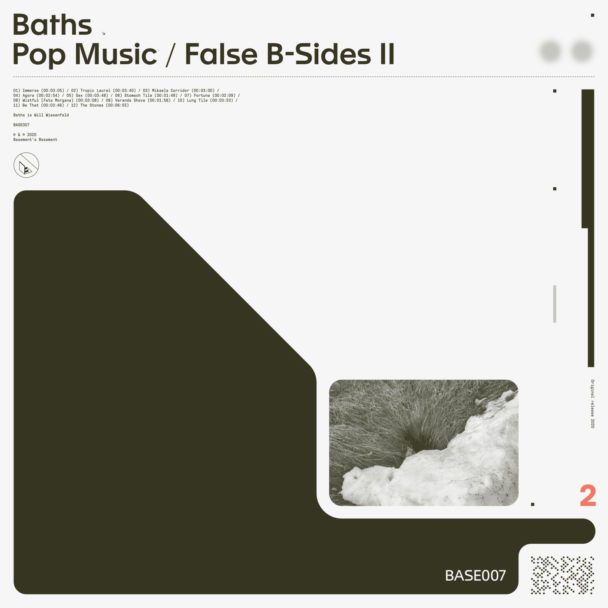 Back in 2011, while he was on tour in between his great 2010 debut Cerulean and his great 2013 sophomore album Obsidian, Baths released the Pop Music / False B-Sides compilation. And now, nearly a decade later, it’s getting a sequel.

Today, Baths mastermind Will Wiesenfeld has announced Pop Music/False B-Sides I & II, which appends a new set of diary pieces recorded shortly after Cerulean to the original comp. It’ll be out next month on his recently launched label Basement’s Basement.

Pop Music/False B-Sides I & II is out 5/29 via Baths’ own Basement Basement.