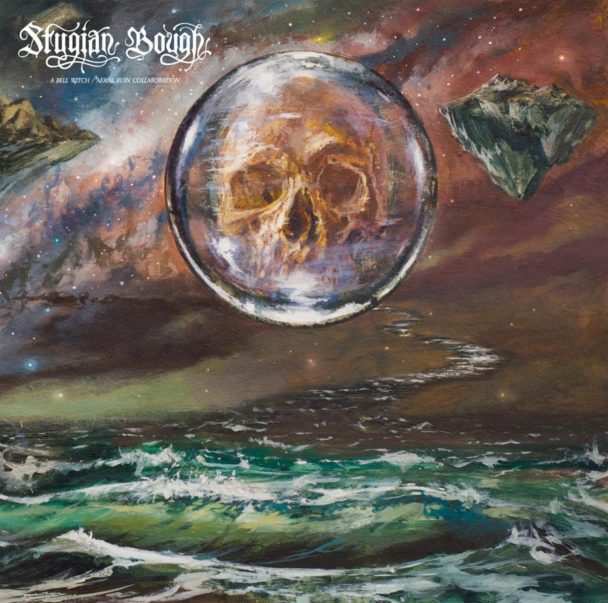 Back in 2017, the Seattle doom duo Bell Witch released the huge, immersive album Mirror Reaper — one single 84-minute track inspired by the death of former drummer Adrien Guerra. That album was a monster. In a couple of months, Bell Witch will return with a follow-up, but they aren’t coming back alone.

On the new LP Stygian Bough Volume I, Bell Witch join forces with Erik Moggridge, an artist who records doomy and desolate folk-metal under the name Aerial Ruin. The two entities have worked together before; Moggridge contributed vocals to Mirror Reaper.

Stygian Bough Volume I only includes five songs. Today, we get to hear one of them. On “Heaven Torn Low II (The Toll),” Bell Witch play a slow, dark, plodding two-note riff for eight and a half minutes. Moggridge’s vocals are soft, placid, and bathed in echo. It’s a swirling, atmospheric sound — a grand and oceanic sadness. Check it out below.

Stygian Bough is a reference to the theme of The Golden Bough. The book’s theme is centered on the rites of a temple in ancient Italy where slaves were transformed into kings by slaying he who reigned as such after successfully stealing the Golden Bough from the sacred tree within the temple. Within that notion, a different sort of slavery was brought upon the newly crowned king, as he must understand sooner or later that his fate would ultimately be the same as his predecessor. In short, the golden bough made a king out of a slave only to find they were now enslaved to a different sort of tyranny, always stalking them from the darkest shadows of their imagination. From this perspective, the “golden bough” is better understood as a deception casting darkness. Thus, Stygian Bough.

Stygian Bough Volume I is out 6/26 on Profound Lore.