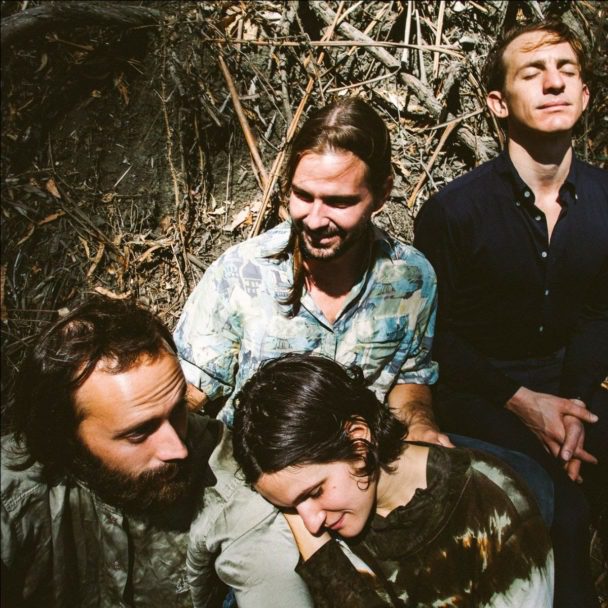 In U.F.O.F. and Two Hands, Big Thief released two of 2019’s finest albums, and it turns out they had even more great music from that era in the can. Two weeks ago, the band released a set of 2018 demos to benefit their road crew, who are out of work right now with coronavirus halting Big Thief’s incredible live show along with the rest of the concert industry. That dispatch included three previously unreleased songs plus two tracks that appeared in different form on Adrianne Lenker’s 2018 solo album abysskiss. Today the band is back with even more music from the recent past.

Big Thief recorded “Love In Mine,” out today as a standalone single, during the Texas sessions that yielded Two Hands. It boasts the raw, unvarnished aesthetic the band sought as a direct contrast to the layered, spectral sound they captured on U.F.O.F. in the forest of Washington. Musically, though, this is on the gentler side of the Big Thief spectrum. “Put your love in mine,” Lenker sings sweetly over soft acoustic backing. “Let your body sing when your words won’t/ Tell me everything.”

Hear “Love In Mine” below, and revisit our Big Thief cover story while you’re at it.