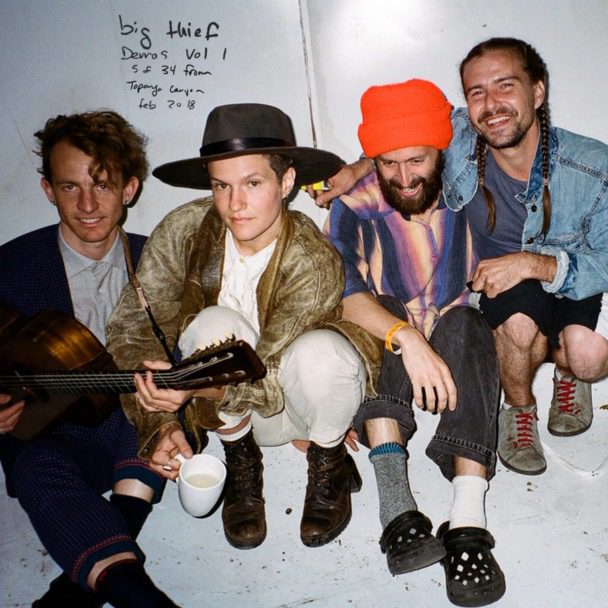 Big Thief have shared a collection of unreleased demos that were recorded during the same sessions that produced last year’s double whammy of U.F.O.F. and Two Hands. They include three new Big Thief songs — “Mermaid,” “Over,” and “Live Young” — and two full-band versions of tracks that appeared on Adrianne Lenker’s 2018 solo album abysskiss.

Here’s the band’s statement on the release:

We spent the month of February 2018 in a cabin in Topanga Canyon, California, recording 34 demos that were boiled down to become UFOF and Two Hands, and we’re bringing a handful into light now to share with everyone. We chose 5 of our favorites – none of which appear on any Big Thief records and a couple of which appear in different forms on Adrianne’s abysskiss. 100% of the funds we receive from this release will go to our faithful road crew, whose income has been impacted by the disruption in our touring schedule. They are the lifeblood of the Big Thief shows and we care so deeply for each and every one of them.

You can hear one song from the collection below — the rest can be heard if you buy it over on Bandcamp.