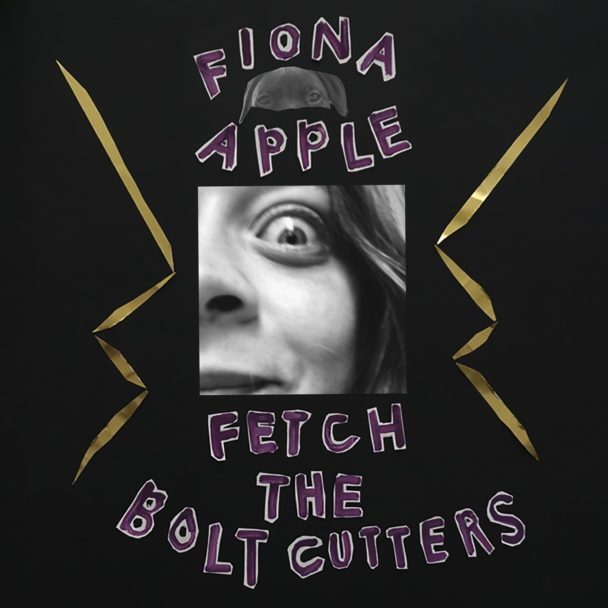 For years, Fiona Apple fans were starved for information about the follow-up to 2012’s The Idler Wheel… Then, a month ago, Apple dumped just about everything we could want to know about the new album into one massive interview feature: the creative process, the song titles, the backstory, the collaborators. Just about the only thing left was to actually hear Fetch The Bolt Cutters, and now you can.

Apple’s LP5 is out now. As promised, it’s a heavily percussive affair, charged with the distraught-but-empowered revolutionary energy of the #MeToo movement and other recent progressive uprisings. (One staggering lyric: “Well, good morning! You raped me in the same bed your daughter was born in.”) Even though she’s kept these songs to herself for years, Apple sounds like she’s holding nothing back.

Sonically, Fetch The Bolt Cutters is the next logical step from The Idler Wheel…, building on the scraping intensity and minimal experimentation of tracks like “Hot Knife” while maintaining Apple’s unmistakable vocal and lyrical presence. Pressing play on opener “I Want You To Love Me” is like sitting down with an old friend who’s become both wiser and more eccentric with the years. As the song rolls on, those familiar piano figures and melodic phrasings build to something noisier, wilder, and altogether more radical.

It’s a remarkable song, and the album contains many such treasures. Dig into the whole thing below.

I’ve been looking at this chalkboard for three years. Had to be so careful not to let it be seen in pictures or videos but there it was. How did she know three years ago that this would be the perfect title for NOW? She knew the moment she heard it and I knew the moment she said it. #fetchtheboltcutters #fionaapple @fionaappleig

How about a little home movie with Fiona and her sister Maude Maggart and her baby working out the harmonies on Newspaper? #fetchtheboltcutters #fionaapple #newspaper @rebwin18 @fionaappleig #newmusic

Fetch The Bolt Cutters is out now on Epic.