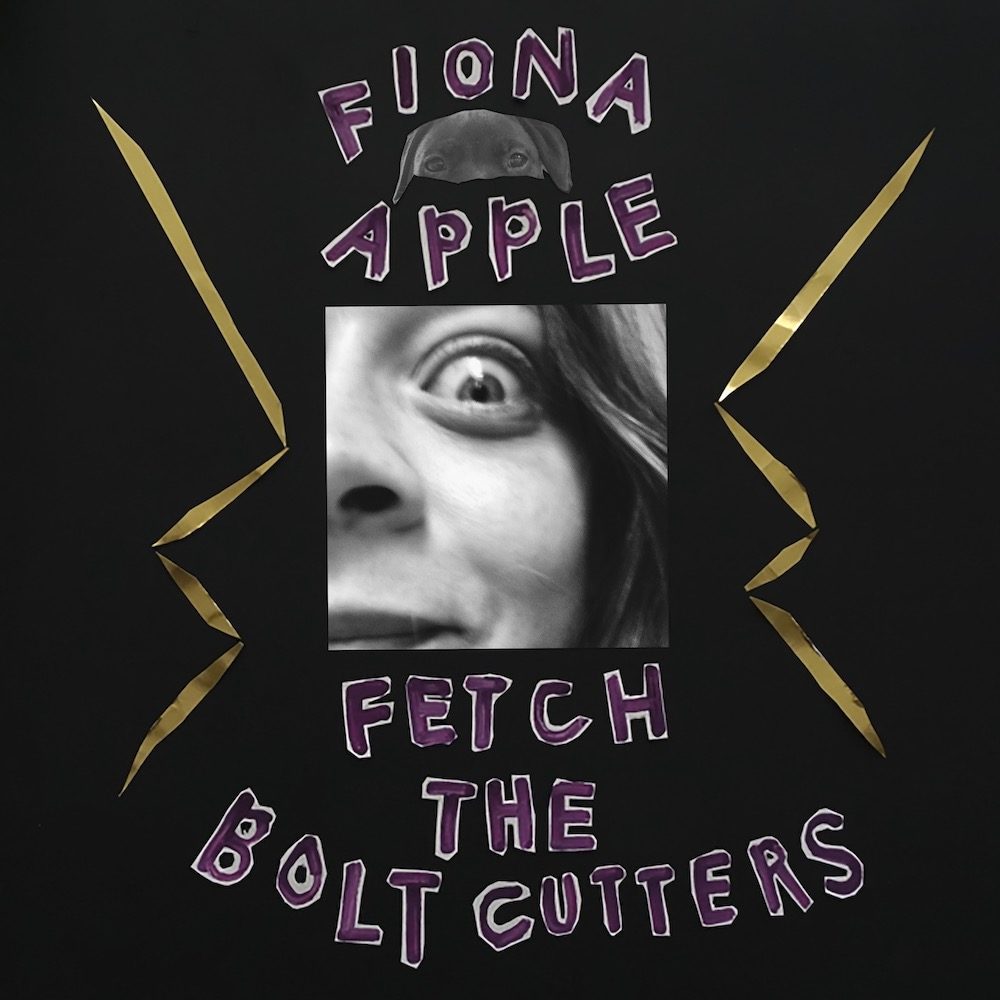 Fiona Apple’s Fetch the Bolt Cutters is a quarantine LP that was made before we were all in quarantine. In fact, Apple’s been slowly moving toward self-quarantine for most of the last two decades.

Apple has gradually retracted from public life following her 1996 multi-platinum debut, Tidal, and the overwhelming fame that came with it. Since then, her albums have been taking more and more time to gestate. First, it was three years with When the Pawn…(long title), then six with Extraordinary Machine, seven with The Idler Wheel…(another long title), and, now, eight with Fetch. She hasn’t really toured since 2012 and that tour was cut short to spend time with her dying pit bull, Janet. When she does perform in public it’s often to lend a hand to a political or charitable cause. She no longer plays at Largo at the Coronet, the cozy Los Angeles venue that’s been the long-time home to past collaborator Jon Brion.

Fetch the Bolt Cutters was almost entirely recorded in Apple’s house in Venice Beach, with some additional work done at Sonic Ranch in Texas near the Mexican border. The album is packed full of musique concrète-style sounds from her home. Feet stomp. Dogs run wild. Whatever object was at hand became an instrument. Often the propulsive percussion from Amy Aileen Wood, David Garza and Apple herself feels almost militaristic, like it’s the product of some kind of homemade drumline. The result is the realest, rawest, and most immediate work of her career.

The title track features background vocals from model/actress/singer Cara Delevingne as well as “backing barks” by her dog, Mercy. It takes its name, according to an outstanding profile by Emily Nussbaum in The New Yorker, from a line from The Fall, a BBC television serial killer drama starring Gillian Anderson, when “Anderson’s character calls out the phrase after finding a locked door to a room where a girl has been tortured.” It also gives us Apple at both her most hyper-introspective and meta-meditational, simultaneously looking backward at her career and analyzing her present life with startling clarity. It smartly clocks her sometimes-perilous position as a role model for a younger generation of artists while directly referencing her own inspiration, with lyrics from Kate Bush’s “Running Up That Hill.” All of this bounces forward through a pot smoke haze with buoyant fretless bass by former Soul Coughing member Sebastian Steinberg. And it’s aided by Tchad Blake’s mix that gives it the feeling of being in a friend’s living room for an intimate late-night conversation.

If you’re coming to Apple fresh or it’s been a while since you’ve followed her, here’s your trigger warning: Fetch the Bolt Cutters treads over some very rocky emotional terrain. Trauma plays a big role throughout the album, especially on “For Her,” which directly addresses rape. Many of these songs explore Apple’s troubled relationships with men and, for the first time, also really dig deep into her relationships with women.

“Shameka” considers a school-age interaction from the perspective of an adult, remembering a particularly impactful line delivered by a classmate: “Shameka said I had potential.” Many years later Apple can still hear the girl’s words ringing in her ears: “She got through to me and I’ll never see her again.” It’s an elegant way of illustrating how our minds can often tumble back to seemingly minor moments from the past, sometimes again and again, as a way of making sense of the present. And, when it’s coupled with roving piano, what sounds like pots and pans as clanging together, and layered background vocal harmonies that recall 1960s girl groups, the effect is both reassuring and haunting.

This album is also full of amazing one-liners. “Under the Table” drops: “I would beg to disagree but begging disagrees with me,” before insisting: “kick me under the table all you want, I won’t shut up.” “Relay” repeats the tongue twister: “Evil is a relay sport when the one who’s burned turns to pass the torch.” And “Ladies” advises “yet another woman to whom I won’t get through” that “no love is like any other love so it would be insane to make a comparison.”

Fetch the Bolt Cutters is definitely the product of cabin fever and occasionally feels claustrophobic but it’s an undeniably fascinating and complex collection of songs. It manages to refine many of Apple’s already good ideas and displays a distinct sonic evolution. This is an album made by an artist in full control of her instrument, even if, in this case, that instrument is a Casio keyboard, the jangling of a dog’s collar, or the ting of a metal butterfly.