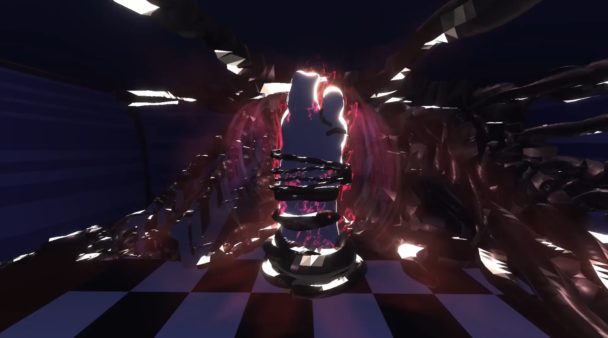 It’s been over eight months since we last heard from Black Dresses with LOVE AND AFFECTION FOR STUPID LITTLE BITCHES — compared to the pace they released their earlier material at, that feels like a lifetime! But the Toronto duo, made up of Devi McCallion and Rook, have a new album ready to go, and it’s coming out next week. It’s called Peaceful As Hell and today they’re releasing its lead single, “CREEP U.”

Their latest transformation takes the form of a blown-out and chunky indie rock song that builds to the repeatable hook: “Do I creep you out?,” delivered with a sly smile. Over the course of five minutes, they break down and build back up that central refrain a few times, and the song devolves into a bed of stuttering white noise.

Watch the song’s music video below.