Christian Lee Hutson – "Get The Old Band Back Together" 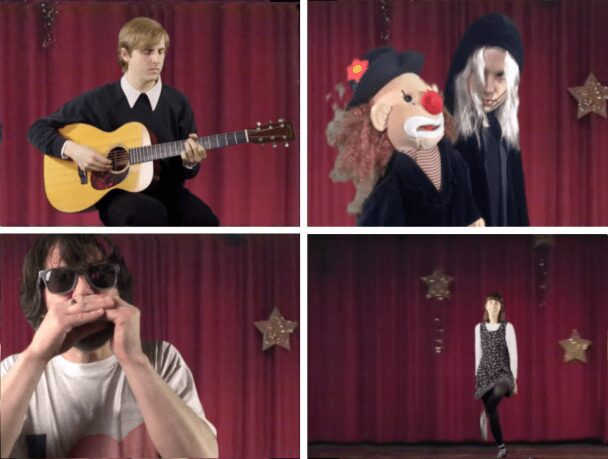 Folk singer-songwriter and Phoebe Bridgers super friend Christian Lee Hutson is about to release his new LP Beginners. “I went with Beginners as the title because that’s where I feel like I am in my life — like I’m still just learning and trying to figure out how to navigate the world,” Hutson says. He co-wrote several songs for Bridgers’ boygenius and Better Oblivion Community Center records, and in return, she recorded and produced the entirety of his album at LA’s Sound City Studios.

We’ve already heard a few songs from the upcoming Beginners — “Northsiders,” “Lose This Number,” “Talk.” And now, Hutson has shared one last advance single before the record’s release later this month. “Get The Old Band Back Together,” which features Conor Oberst on Harmonica, Hand Habits’ Meg Duffy on electric guitar, Sharon Silva on harmonies, Anna Butterss on bass, and Marshall Vore on drums, is a warm, comfortably melodic folk-rocker.

“A few years ago I ran into the drummer of a still-together band from my high school, who had just been kicked out,” Hutson explains. “When he told the singer he’d been considering becoming a building inspector, the guy gave him an ultimatum: the band or inspecting buildings. He chose to inspect buildings, a decision that may have been impacted by the fact that the band never played a show or recorded a song. Still, he was pretty bummed about it, and that gave me the idea for this song.”

“I had been wanting to make something with my director friend Michael Tyrone Delaney, who’d had this idea to splice up old talent show footage with footage of me and some friends showcasing some of our own ‘talents,’” he continues. “My partner, Sharon Silva, showcases her Irish dancing. My childhood hero, Conor Oberst, takes an aggressive, impromptu harmonica solo in the video (and on the recording). My adulthood hero and best friend, Phoebe Bridgers, plays a master of puppets. We shot it in April so everyone had to self tape.”

Watch, listen, and check out rescheduled dates for Hutson’s tour supporting the Magnetic Fields (it’s next year now) below.