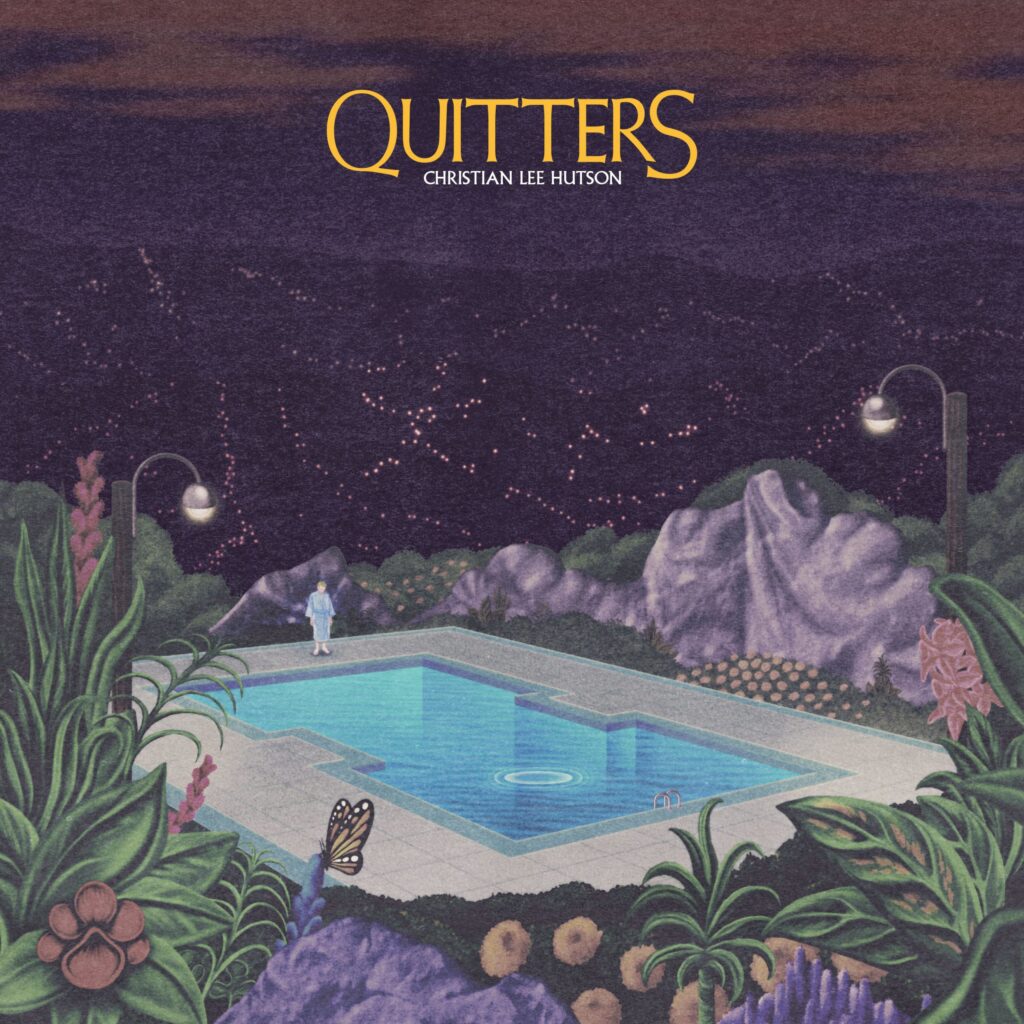 Since the release of his 2020 album Beginners, Los Angeles singer-songwriter Christian Lee Hutson has focused most of his attention on The Version Suicides, a series of covers EPs. But late last year, he returned with the new single “Strawberry Lemonade, and today, Hutson has announced his new album Quitters, produced by his regular collaborator Phoebe Bridgers and her Better Oblivion Community Center bandmate Conor Oberst.

“When we made Beginners the aim was to make simple digital recordings of how I would play the songs in the room. With this record, Phoebe and Conor had an idea that it would be fun to make it to tape,” Hutson explains. “Phoebe is my best friend and making Beginners with her was so comfortable and easy. So I wanted to work with her again.”

“I took a long time with Beginners,” Hutson adds. “I had those songs for 10 years, but these songs came out a lot faster.” Because the songs from Quitters were written in a shorter time, “there was a little bit of insecurity with the lyrics. Having Conor there served the purpose of someone who I really respect as a lyricist and could soothe my anxiety.”

Lead single “Rubberneckers,” which features backing vocals from Bridgers, expands Hutson’s usual folk-pop palette into tasteful indie rock. “I made the ‘Rubberneckers’ video with my friends Zoe [Donahoe] and Adam [Sputh], who I worked with on the ‘Lose This Number” video,’ Hutson says. “The last time I danced was at the 8th grade social and it was mainly just swaying to ‘I Don’t Wanna Miss A Thing’ but I wanted to showcase what a natural, gifted dancer I am.” Watch and listen below.